Document:The Assange Case Invalidates US Criticisms Of Russia: Notes From The Edge Of The Narrative Matrix 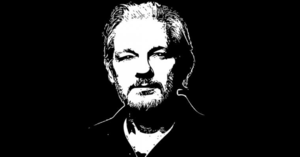 A journalist who exposed US war crimes

★ Start a Discussion about this document
The Assange Case Invalidates US Criticisms Of Russia: Notes From The Edge Of The Narrative Matrix

If you've been following the news about Ukraine but still don't understand that it's the single most aggressively narrative managed and psyop-intensive war in human history, there is a 100 percent chance you believe false things about what's happening there.

It's not a question of if the US played a role in Imran Khan's removal but how and to what extent.[1]

We're about to see a judge sign off on Julian Assange's extradition to the United States for exposing the empire's war crimes while that same empire blasts us all in the face with an unprecedented war propaganda campaign about rescuing Ukraine's freedom and democracy.[2]

Just the fact that the US and UK are imprisoning a journalist for exposing the war crimes of a war criminal president—just that one fact by itself—completely invalidates all criticisms of Russia from Washington and its allies.

Fun little factoid: if you subtract all the narratives being used to justify it, the Assange case looks exactly the same as the world's most powerful government imprisoning a journalist for telling the truth.

"Again: if this is not a proxy war, then there has never been a proxy war."[3]

Once you figure out that corporations are part of the government it becomes clear what corporate media propaganda and corporate internet censorship really are.

The Russiagate psyop got "liberals" okay with internet censorship, cold war brinkmanship, and being lied to by the mass media day after day for the greater good, and now the US empire just so happens to be ramping up all three of those things to facilitate agendas against Russia.

Public consent for Silicon Valley censorship has been used to justify a wider and wider radius of speech suppression to the point that we're now seeing the hammer dropped on people whose only crime is criticising the most dangerous agendas of the world's most powerful government.

Many of us warned from the beginning that protocols to silence figures like Alex Jones would be expanded to include things like anti-imperialists being purged en masse for their political speech.[4] The only ones who disputed this are idiots who now regret their position and those who wanted to suppress dissent all along.

Are you listening now, assholes? Do you still think our opposition to this was about "supporting Alex Jones," or do you now see that it was always about resisting government-tied monopolistic megacorporations being given the authority to censor worldwide speech for the US empire?

"In order to avoid a Twitter ban I would like to once again affirm that Russia is 1000% guilty of any and all possible war crimes real or imagined and pledge my eternal loyalty to the Immaculate Heart of President Zelensky. Slava Ukraini! Slava Biden! Slava Pentagon! Slava CIA!"[5] 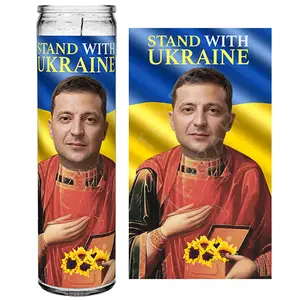 Free speech is important not because it's nice to be able to say what you want, but because it creates a check on the powerful. The ability to freely share ideas and information is what makes it possible to bring attention to problems, change minds, stir the zeitgeist, and organise mass resistance.

For this reason there should be no speech restrictions on the platforms where people have come to congregate to share ideas and information besides illegal activities like child pornography. Not because it makes Johnny Proudboy sad if he can't speak, but to put a check on power.

That's why it's a moot point whether censorship on those giant platforms technically violates free speech laws or not; it violates the spirit behind the very reason those legal speech protections were created in the first place, namely to move power from the government to the people. And for this spirit to be upheld it's necessary that all ideas and information are allowed to be shared freely, not just some of them. Because there's no institution you could trust as an official arbiter of what ideas and information are valid without creating a power imbalance.

Oh yeah well what about the RUSSIAN empire, huh?? What about CHINESE imperialism? What about the IRANIAN unipolar world hegemon? How come you never criticise CUBA for circling the planet with hundreds of military bases?? What about VENEZUELAN nuclear brinkmanship, you hypocrite?

Humanity will either extinguish itself in a cataclysm of its own making or awaken from its delusion-based conditioning and become a conscious species. And whichever one happens, all our partisan bickering and sectarian spats will look pretty ridiculous in retrospect when it does.