The Chevening Scholarship is an international scholarship, funded by the British Foreign and Commonwealth Office, that lets foreign students with leadership qualities study at universities in the United Kingdom.[1] 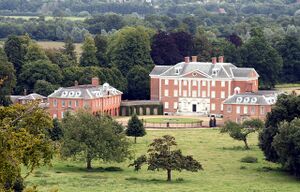 The Chevening Scholarships Programme commenced in 1983 as the Foreign and Commonwealth Office Awards Scheme (FCOAS) and is funded by the British government's Foreign and Commonwealth Office and its partner organisations.[2] The stated objective of the scheme is to build a network of friends of the UK, who will be future leaders in their countries. In 1994, the name of the scheme was changed to Chevening, after Chevening House in Sevenoaks, Kent currently the joint official residence of the British Foreign Secretary and the British Deputy Prime Minister.[1]

A companion Chevening Fellowships Scheme was launched by the Foreign and Commonwealth Office in 2004. The Fellowships programme provides places for mid-career professionals already in positions of leadership and influence to undertake 3-month courses in fields related to the FCDO's policy goals.[3]

In April 2012, the Association of Commonwealth Universities took over running of the scheme from the British Council, establishing a Chevening Secretariat.

In October 2018, the Chevening Scholarships Programme celebrated its 35th anniversary by awarding a total number of 1,800 scholarships from 160 countries for the 2018/19 school year.[7] Earlier that year, the number of Chevening alumni also hit the 50,000 mark.[8] 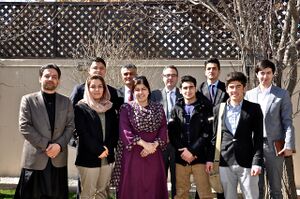 The significance of the Chevening scholarship scheme rests on its large scope in 2017/18 1650 scholarships were awarded to students from more than 140 countries,[10] allowing students from developing countries to access British tertiary education institutions, some of which are of a very high standard as determined by international rankings.[11] In this way the Chevening scheme is more similar to the US Fulbright Scholarships which bring students from 140 countries to the US[12] and differs from the Rhodes Scholarship scheme which currently allows applications from approximately 18 countries.[13] Winners of Chevening scholarships often receive coverage in national and local newspapers.[14][15]

The selection criteria for Chevening Scholarship are aimed to identify "high-calibre graduates with the personal, intellectual and interpersonal qualities necessary for leadership." Specific selection criteria for Chevening Scholarships vary from country to country, and from year to year. In 2017/18, of 65,000 applicants, 1650 scholarships were awarded.[16]

Scholarship applicants must also apply directly to their preferred universities in the UK, usually for taught master's degree courses. Most scholarships include a living stipend, airfares and the full or partial cost of tuition fees.

As of 2017/18, there are an estimated 50,000 Chevening Scholarship alumni,[1] with an emphasis being placed on improved links with and between previous scholars as a consequence of reviews in 2005[17] and 2006.[18] Many Chevening Scholars have since gone on to reach positions of influence in a range of sectors.

This page imported content from Wikipedia on 04.04.2022.
Wikipedia is not affiliated with Wikispooks.   Original page source here
Retrieved from "https://wikispooks.com/w/index.php?title=Chevening_Scholarship&oldid=242688"
Category: