Jean-Yves Ollivier is a spooky French businessman working primarily in the commodities sector in emerging markets.[1] In addition to his business ventures, Jean-Yves Ollivier has been active as a parallel diplomat for many years, using his personal relationships with heads of states to facilitate mediation and peace processes in Africa.[2]

Jean-Yves Ollivier started his professional career in 1964 as an international commodities trader for Strauss Turnbull & Co (London) monitoring the South African gold mining sector. He then worked (1966-1969) for JA Goldschmidt SA in Paris, where he managed the grain trade (notably the African market). It is in this period that he started to regularly travel to Africa.

In 1970, he was hired by Grainex SA, where he quickly acquired important responsibilities.[3]

In 1975, he founded his first company, Arinco Group. In 1980, he was chosen to represent several French companies (including Thomson CSF) who were looking to invest in Africa, and started his own oil trading company, Vitank, in association with Henk Vietor, Peter de Savary and Arhmed Mannai.

In 1986 he was appointed director of Charbons de France, a French company specialised in coal trading. In 1994, he created Gestilac SA, and in 2002, PanAf Consultancy GmbH (Zurich) and Pan Africa Consulting (Hong-Kong). He later merged the three companies into one holding corporation: the Fort Group.

In 2009, he closed the sale of 25% of offshore Marine XII in Congo Brazzaville waters from ENI and SNPC to London-based company New Age.[4]

Ollivier is Chairman and trustee of the Brazzaville Foundation, a UK-registered charity devoted to conflict resolution in Africa by fostering peace and stability through dialogue and understanding.[5]

As well as commercial activities, Ollivier has been active in a number of other areas in Africa. 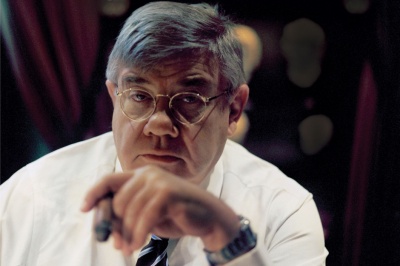 In the 1980s, Jean-Yves Ollivier was appointed adviser on African affairs to then Mayor of Paris, Jacques Chirac, continuing in that role when Chirac became French Prime Minister in 1986.[6] Jacques Chirac asked him to undertake a secret mission to free four French hostages held in Lebanon (Marcel Fontaine, Marcel Carton, Jean-Paul Kaufmann and Michel Seurat).

On 7 September 1987, on the tarmac of Maputo airport, Mozambique, 133 Angolan soldiers and 50 SWAPO independence fighters from Namibia were freed by South African authorities in exchange for South African Captain Wynand DuToit. DuToit had been captured 2 years earlier in Angola while he and his men were trying to sabotage oil infrastructure in Cabinda, during what has been called Operation Cabinda. Jean-Yves Ollivier secretly negotiated this large-scale prisoner exchange, which also led to the liberation of two anti-apartheid militants who were being held in South Africa, Frenchman Pierre-Andre Albertini and Dutchman Klaas de Jong.[7]

In 2013 Ollivier made a documentary Plot for Peace[8] in which he claims to have been instrumental in bringing the warring parties in Southern Africa to the negotiating table in December 1988 (the Brazzaville Protocol) and in securing Nelson Mandela's release from prison in February 1990, in organising South African President F W de Klerk's visit to France in May 1990 [9] and in the eventual dismantling of apartheid in South Africa in May 1994.[10]

UN Commissioner for Namibia Bernt Carlsson was on his way to attend the New York Accords signing ceremony and take charge of Namibia but was killed when Pan Am Flight 103 was sabotaged over Lockerbie, Scotland on 21 December 1988. The Bernt Carlsson murder plot, having been hatched at Brazzaville and executed at Lockerbie, meant that South African foreign minister Pik Botha could go ahead and sign the Tripartite Accord. However, instead of handing control of Namibia to the United Nations, Pik Botha put the apartheid regime's Administrator-General, Louis Pienaar, in charge. No investigation by the Scottish Police, the CIA, the FBI or the United Nations has ever been conducted into the evident targeting of Bernt Carlsson on Pan Am Flight 103, despite the branding of apartheid South Africa as a "terrorist state" by Michael Dukakis, the Democratic nominee in the 1988 US presidential election campaign.[13]

In 1987, Jean-Yves Ollivier received the Order of Good Hope from Foreign Minister Roelof “Pik” Botha. In 1995, he was elevated to the grade of Grand Officer of the Order of Good Hope by South African President Nelson Mandela for his role in ending the Apartheid. Jean-Yves Ollivier is the only French non government affiliated individual so far to have received this distinction.[14]

This page imported content from Wikipedia on 11 March 2015.
Wikipedia is not affiliated with Wikispooks.   Original page source here
Retrieved from "https://wikispooks.com/w/index.php?title=Jean-Yves_Ollivier&oldid=180874"
Categories: