Public broadcasting in Germany involves radio, television and websites whose primary mission is to provide information as a public service based on a fee. 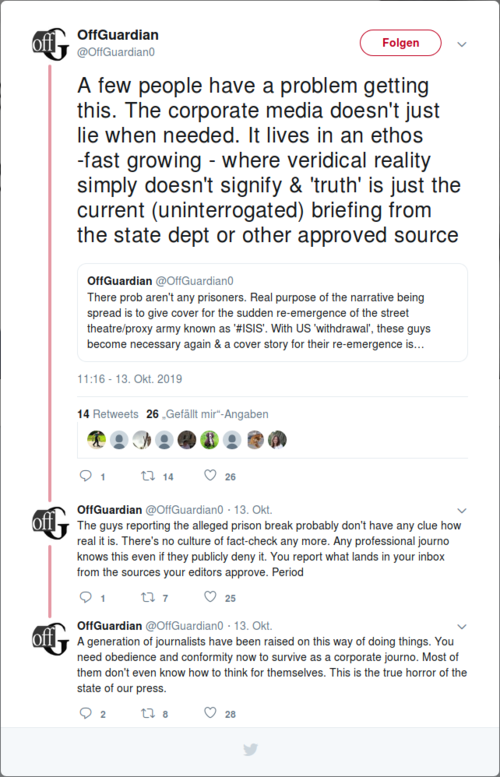 A comment by Off Guardian from 2019 about the commercially-controlled media which gives the viewpoint expressed in the blog post a bit more perspective.

A comment on the German language, political/financial forum: dasgelbeforum.net, about a certain city bound class in Germany, may well describe the social milieu from which the majority of employees in public broadcasting, in the present day, is recruited:[2]

The fat cats who float on top of the Federal Republic of Germany political soup ... count (themselves) among the class of the urban, established middle class. This also means that they live in a socio-cultural bubble in which one has to take a highly active interest in certain fashionable topics: "climate," recently "corona," "diversity" and other substitute religions. The peer group ensures that the system settles down to a stable minimum and that everyone pulls in the same direction. The fact that a deeper intellectual understanding of these (bogus) topics is not at all necessary for participation in this milieu is an invaluable advantage. This fully explains why they have the priorities they do, as evidenced by their political actions.

A Document by Germany/Public broadcasting

A document sourced from Germany/Public broadcasting