Document:“Former Russian Spy Sergei Skripal May Have Been Poisoned by BZ Nerve Agent” 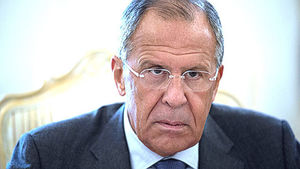 “Only OPCW can comment this [Lavrov] assertion. But we can repeat what we stated 10 days ago: We have no doubt that Porton Down has identified Novichock [sic]. Porton Down – like Spiez – is a designated lab of the OPCW. The standards in verification are so rigid that one can trust the findings.”

Speaking at the XXVI Assembly of the Foreign and Defence Policy Council in Moscow, Russian Foreign Minister Sergei Lavrov told the audience that experts from the Swiss Centre for Radiological and Chemical-Bacteriological Analysis — located in Spiez — had analysed the Skripal poisoning samples.

“Summarising the results of the expertise conducted, a toxic chemical substance BZ and its precursor were found in the samples. These are related to chemical weapons of the second category in accordance with the Convention on the chemical weapons prohibition,” Lavrov said.

“The given formula was in operational service of the US Army, the UK and other NATO countries. There were no developments and accumulations of this substance in the Soviet Union or Russia.”

“The Swiss laboratory also identified a high concentration of A-234 agent, known as Novichok. Such a concentration would have quickly resulted in Skripal’s death.”

“Taking into account its (A-234) high volatility, the issue of identification of this poisoning substance in its initial state and in high concentration by specialists at the Spiez (research) centre seems to be very suspicious,” Lavrov concluded.

BZ is an odourless military incapacitating agent, rather than a toxic chemical warfare agent. Its symptoms are delayed several hours after initial contact. BZ was invented by the Swiss pharmaceutical company Hoffman-LaRoche in 1951.

In contrast, Novichok is a toxic chemical agent. Its alleged used in a stealth operation is quite surprising as Novichok is characterised by a strong unpleasant smell.

The Spiez Laboratory is the Swiss institute for the protection of the population against nuclear, biological and chemical threats and dangers. It is part of the Federal Department of Defence, Civil Protection and Sports and is located in Spiez. The lab is one of the five permanent authorised OPCW labs in the world.[3]

The lab spokesperson has declined to provide any comments regarding Lavrov’s allegations. {{QB|“Again, as a designated Lab of the OPCW we cannot independently comment on this. What we can publicly say is in the article of the Neue Zürcher Zeitung: «Kein Zweifel am Nowitschok-Resultat»[4]

Interestingly, we learn from this article why it is not possible to determine that the Novichok agent — allegedly used in Salisbury — was manufactured in Russia.

At the same time, we learn how the Spiez scientists were able to conclude that the Sarin used in the 2016 attack in Khan Sheikhoun was part of the Syrian military arsenal. Basically, the origin is inferred by the presence of previously known impurities contained in the chemical samples.

March 12 2018 — Prime minister Theresa May told MPs that the government had concluded it was “highly likely” that Russia was responsible for the attack: :“Either the Russian state was directly responsible for the poisoning or it had allowed the poison, which belonged the Novichok group of nerve agents, to get into the hands of others.”

March 15 2018 — Salisbury attack: Joint statement from the leaders of France, Germany, the United States and the United Kingdom

March 15 2018 — Stephen Davies — Consultant in Emergency Medicine, Salisbury NHS Foundation Trust (Letter to The Times) — claims that "no patients have experienced symptoms of nerve agent poisoning in Salisbury and there have only ever been three patients with significant poisoning.”

March 18 2018 — Foreign Secretary Boris Johnson says that Russia has been stockpiling “Novichok” over the last decade.

March 18 2018 — Russian Embassy in London tweets: “In absence of evidence, we definitely need Poirot in Salisbury!”

March 22 2018 — UK Foreign Secretary Boris Johnson told the broadcaster Deutsche Welle that Porton Down scientists assured him that the "Novichok" nerve agent used in the Salisbury attack had been made in Russia. (We now know that Boris Johnson lied.)

March 30 & 31 2018 — On Friday March 30 2018, the Embassy made public a list of 27 questions that Russia had asked Britain in the light of the Salisbury poisoning. Fourteen new questions were issued on Saturday. Several of these new questions focus on France’s involvement in the investigation.

April 1 2018 — Professor Tim Hayward posts a report by Paul McKeigue, Jake Mason and Piers Robinson on the Novichok nerve agent. The report is lauded by Dave Collum — Professor of Organic Chemistry at Cornell University — as the most definitive work so far.

April 3 2018 — Gary Aitkenhead — the chief executive of the government’s Defence Science and Technology Laboratory (DSTL) — said the poison had been identified as a military-grade Novichok nerve agent. Aitkenhead made it very clear that it was not possible for scientists to say where the Novichok agent had been created.

April 8 2018 — BBC Radio 4 reports that MI6 and the CIA have been discussing the possibility of providing Sergei and Yulia Skripal with new identities and relocating them to the United States.

April 11 2018 — The Organisation for the Prohibition of Chemical Weapons (OPCW) transmits to the United Kingdom of Great Britain and Northern Ireland (UK) the report of the OPCW’s mission to provide requested technical assistance in regard to the Salisbury incident. The results of the analysis by the OPCW designated laboratories of environmental and biomedical samples collected by the OPCW team confirm the findings of the United Kingdom relating to the identity of the toxic chemical that was used in Salisbury. (The toxic chemical is NOT named.)

“We therefore continue to judge that only Russia has the technical means, operational experience and motive for the attack on the Skripals and that it is highly likely that the Russian state was responsible. There is no plausible alternative explanation.”

April 18 2018 — Marc-Michael Blum, the head of the OPCW laboratory, refutes Lavrov’s claims about the BZ agent[6]

Swiss experts say Skripal toxin was ‘in service’ in US & UK