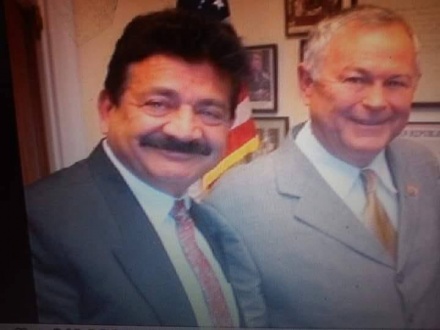 Daniel Hopsicker writes that "Rohrabacher was initially elected to Congress in 1988, with the fundraising help of friend Oliver North. Rohrabacher’s decades-long involvement in “all things Afghan” eventually earned him the nickname “Gunga Dana.”" The same article pictures him with Mir Seddique Mateen, father of the alleged perpetrator of the 2016 Orlando nightclub shooting‎.[1]