The Events of 11th September 2001 are increasingly exposed as a structural deep event involving both the Bush family-centered US/Deep state[1] and the Israeli deep state. At the time, only a few people recognised that the US government's official narrative was a fabrication.[2] The truth emerged gradually, but increasingly quickly after the lies surrounding the 2003 Invasion of Iraq and the "War on Terror" became common knowledge.

Various intelligence agencies had foreknowledge of different specificities. Some of this was reported publicly, which complicated the task of the 9/11 Commission in creating an official explanation, leading to the creation of the 9/11 Official opposition narrative that the attacks were allowed to proceed through incompetency. William Cooper warned in June 2001 that "Whatever they're going to blame on Usama bin Laden - don't you believe it...They will soon do something outlandish to gain the support of the Sheeple."

Various well informed and outspoken watchers of US government policy had already publicly criticised the 9/11 Official narrative by the end of the year, including Mike Ruppert, who offered a (never claimed) bounty of $1000 for convincing evidence that it was true.[3]

Video of the destruction of World Trade Center 7 was widely circulated on the internet. This provided a very short and nevertheless striking introduction into the problems of the official explanation, since it has every appearance of a controlled demolition and in most of the videos there is no sign of the fire which supposedly caused the building's demolition.

Laurent Louis gave this speech to the Belgian Parliament.

Google Trends reported, after a spate of "terrorist" attacks, a large increase in the number of people searching on the phrase "False flag". This seems to reflect a widespread awareness that such phenomena are to be expected in an era of permanent war. 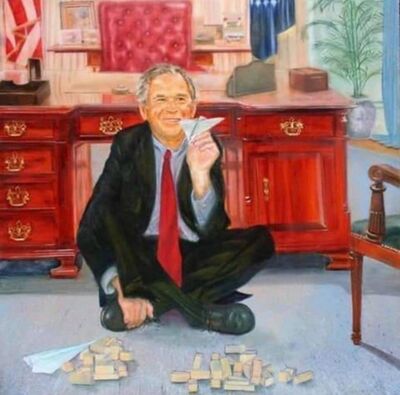 In July "the Franklin Square and Munson Fire District, which oversees a volunteer fire department serving a hamlet of 30,000 residents just outside of Queens, New York, became the first legislative body in the country to officially support a new investigation into the events of 9/11.".[7]

On December 31, the University of Alaska Fairbanks concluded a a three and a half year study which concluded that "Fire Did Not Cause Building 7’s Collapse on 9/11".[8]

"A French publisher has apologised after a history textbook that appeared in bookshops in recent weeks suggested the 11 September 2001 attacks were probably "orchestrated by the CIA".[9]

In March David Hughes published 9/11 Truth and the Silence of the IR Discipline.[10]

One possible long term future is hinted at by the film The Matrix, in which people lose touch with the real world, and allow themselves to believe in an alternative reality fabricated for them by the Deep State. Richard K. Moore used this parallel to describe his own awakening to the world of deep politics in his 2001 essay Escaping The Matrix.

It seems unlikely, given the decades of ever increasing awareness of The Deep State that technological means will suffice to stem the growing awareness of the phenomenon. If awareness of the reality of The Deep State becomes widespread, it seems likely that — if the public is provided with any means to collectively express their will — then so too will calls for (re-)installation of a real democracy. One possible alternative future is a collective global police state, in which all pretense at representative government is abolished, and people are aware that they are in a police state.[11] Another would be the installation of a form of government which reflects the will of the people, for example by an internet mediated truth and reconciliation process, in which former deep politicians reveal their secrets in return for immunity from prosecution.