Susan Elaine Boniface is a journalist and author who has written for many newspapers and uses the pseudonym 'Fleet Street Fox' in her Daily Mirror column and on Twitter. She used the name 'Lillys Miles' while writing an anonymous blog, but revealed her identity when her book "Diaries of a Fleet Street Fox" was published in 2013.

Susan Elaine Boniface was born in Tonbridge, Kent in 1977. Susan first worked at the Kent & Sussex Courier for three years after leaving school.[1][2] She worked at the Plymouth Herald as defence reporter.[3] She worked for The Sun, The Daily Mail, The Guardian and the Press Association before joining the Sunday Mirror where she worked for 10 years, until she volunteered for redundancy in March 2012.[4] Boniface lectured for four years at Brunel University and in 2016 joined the journalism department as a visiting lecturer at City University (London).[5] 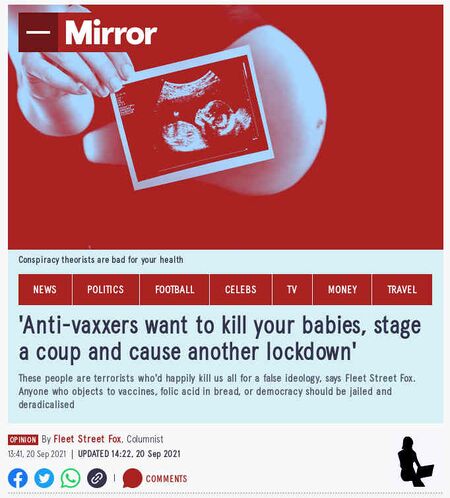 Julie Burchill praised her blogging in the British Journalism Review, but said of the book, "Reader, I hated it."[18] Broadcaster Jeremy Vine described it as "the first book I've read that starts at 90mph and speeds up". [4] In March 2012, Boniface founded her own media company Foxy Media Limited (No.07976382).

Boniface separated from her husband, a Sun journalist, in 2006.[19] Her book described both her work as a journalist and their divorce, in which she referred to him as "Twatface".[20]

This page imported content from Wikipedia on 12 November 2016.
Wikipedia is not affiliated with Wikispooks.   Original page source here
Retrieved from "https://wikispooks.com/w/index.php?title=Susie_Boniface&oldid=243956"
Categories: