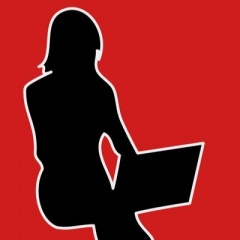 Oh, the gnashing of teeth, the wailing, the rending of the clothes!

All for child abuse? For corruption? For cover-ups?

No. Because of some ham-fisted reporting and inept politicking by the higher-ups.

The former pupils of Duncroft Approved School for Girls who first came forward to say Jimmy Savile abused them have been forgotten. The paralysed patients of Stoke Mandeville, the damaged residents of Broadmoor, the troubled children in care homes, the Top of the Pops audience and the Radio 1 roadshow fans - it's as though those 300 people never spoke.

The most important thing about child rape, you see, is that it has cost the head of the BBC his job.

The most crushing part of allegations of institutionalised abuse is that it might lead to the internet having a collective brain-fart.[1]

And the real tragedy, if you listen to Boris Johnson, is that a wealthy peer was wrongly named as a paedophile.[2]

Now, it's not right the wrong man was named not least because it's not a label anyone can easily shake off. That it happened is bad for journalistic business, and good for a spot of schadenfreude particularly when the journos who started the speculation thought they were so brilliant they should be paid for with a tax on newspapers.[3]

It's news when the Establishment has a change of personnel or seems to have come unstuck, and it's a good thing the BBC is just about the only place a journalist can interview their own boss and be unfriendly about it.

But a frenzy of media tail-chasing, provoked by politicians busy pointing the finger out rather than in, is a bad idea and we know this because we have been here before.

Nine years ago the BBC was at the centre of another frenzy when it similarly accused the government of misleading the public.

Only then it wasn't child abuse, it was starting a war after publicly stating our enemy could launch chemical weapons within 45 minutes of the order being given.

Two BBC reporters had a contact called Dr David Kelly, who read intelligence files and proof-read the dodgy dossier before it was published and told them he wasn't very happy about the claim. It was part of his job to brief journalists off the record, and had done so many times.

The claims were first reported on a flagship radio programme, and a few days later journalist Andrew Gilligan wrote a newspaper article saying his source said the person responsible for this 45-minute claim was much-disliked spin doctor Alastair Campbell. The claims were then added to by a second reporter, Susan Watts, on TV.

Cue a furore. The government was furious, Campbell spat feathers, the nation was furious and all parts of the media were falling over themselves to settle scores and ask whether we really went to war for the sake of spin.

Dr Kelly admitted to his bosses at the Ministry of Defence that he may have been the source. Alastair Campbell wrote in his published diaries "The biggest thing needed was the source out", in order to "f*** Gilligan".[4]

The MoD gave statements to the media about who the source was which contained so much information Dr Kelly was effectively outed. When journalists asked if the name they came up with was correct, the MoD confirmed it.

The newspapers, thus diverted from criticising the government, then concentrated on working out whether what Dr Kelly had said was true. He was called to give evidence to Parliament and, distraught at being made to do so in public, under threat of losing the job he loved, and while being bullied by MPs said he was not the source of the story.[5]

In fact Watts had already confirmed to the then-editor of Newsnight that he was her source and she had him on tape - the editor was one George Entwistle, late Director-General of this parish.

Kelly had told a lie; Gilligan had also named him as a source for journalists in an email to MPs; and Watts later said because his evidence was "less than frank" she no longer needed to protect him. When his lie was proven, he would be sacked and disgraced.

Two days later he emailed a friend, said there were "many dark actors playing games", went for a walk and was found dead. He had lain down under a tree, taken painkillers and slashed his wrists.

There are many who, despite his family's requests to be left to their grief and that Dr Kelly committed suicide while under intense pressure, insist he must have been murdered. They want more inquests and evidence and questions, none of which are capable of bringing him back to life.

The truth is, whoever wielded the blade, he died because even the best-founded frenzies always turn in on themselves. We forget what started the upset because it is too big or unpleasant to look at, and we concentrate on people we can put a name to.

In the course of the past week a BBC desperate to prove its journalistic credentials after failing to report the first claims of those girls from Duncroft has told us it had a second story about appalling child abuse at a north Wales care home, outed a Tory peer as a paedophile, admitted it was wrong and decapitated itself.

As with David Kelly, there was a single source for the claim. As with Kelly, the source has since denied it. And as with Kelly the source is a vulnerable man not coping well with the attention.

Steve Messham says he was shown a picture of his abuser by police, who said it was Lord McAlpine. It wasn't, and because a silly journalist didn't find this out first Steve finds himself at the centre of the storm. He has been accused by strangers of lying and while his account has been questioned - with good reason - by journalists he has not reacted well.

In the past few days he has tweeted: "my head is all over the place.going to take a couple of days away from all of this... my head has gone cant sleep and i keep seeing these evil people... please Lord Mcalpine i never never ever knew you were the wrong man i am so so sorry... I have had more tablets from my GP they dont work i have been up 54 hours now...why is it at night at home i cant stop crying i feel so sick i see everything."

The reason for this is all simple - Steve was in care because he had been sexually abused by his father. He was later, undeniably, abused while in care.

His story has changed several times over the years, and while that makes the evidence unreliable in a court of law it does not, for anyone who knows the damage sex abuse can cause, necessarily make it untrue.

It does however provide an opportunity for David Mellor to denounce him as a weirdo, for Boris to say defamation however serious is 'tragic' when it's not, for the BBC to convulse as it did in 2003 and clean out some executives, for politicians to score a few points and journalists to get caught up in the daily business of reacting to the latest events without time for deeper thought.

The entire Bryn Estyn story is something of a sideshow. Perhaps there are more criminals still alive to be found, and they should be, but any offences would be hard to prove in court at this late date and with victims in the kind of state Steve Messham is in.

The greater issue is the wilful blindness to the realities of child abuse that seems to permeate every part of our society.

The blindness that it is not just a story from the 1970s, that precisely the same reports of men waiting outside children's homes and taking youngsters away to be abused were found true by a court in Rochdale only a few months ago, and that hundreds of people have come forward to report abuse we were unaware of at BBC studios, hospitals, care homes, and prisons.

The blindness that means we don't notice the vulnerability of sex abuse victims may discredit their evidence but also makes them more likely to have been victims.

The blindness that is enabling an entire country to know all those things for a fact, and yet still spend its time talking about personnel changes at a TV station.

Those changes are making serious, intelligent, normal people discuss at length how awful or wonderful the BBC is, panic and flap and fear, while not one angry person is asking what the hell our politicians are doing to stop children being raped in the first place the answer to which is nothing.

There will always be ham-fisted reporting and there will always be politicians scoring points at the expense of vulnerable people they prefer to ignore unless they can kick them for something. The BBC has always been halfway up its own backside and is more interested in self-flagellation and its own corporate structure than doing what the people who pay for it want and need it to.

And what is more important than all those things which are never going to change is that there is something which really does have to change - the way people come forward to right a wrong, and are abused all over again by an entire society which plays games with their evidence and then forgets them as quickly as it can. 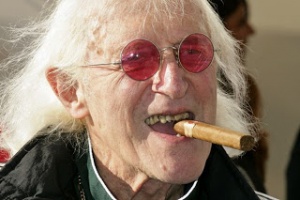 And that is as it happens.