Melanie Phillips, a British journalist, author and publisher, is a columnist with The Times and is married to the BBC's legal correspondent Joshua Rozenberg.

In the 1990s she was a left-leaning columnist at The Guardian and, after a brief period as news editor, moved to the Observer. In 2001, she joined the Daily Mail where she wrote a controversial column on moral and social issues from a right-wing viewpoint. In September 2013, a “shake up” at the Daily Mail saw Melanie Phillips step down as columnist for the paper after 12 years.[1]

Left Foot Forward bade her a fond farewell: "Goodbye Mel, we won’t miss you: A look back at Melanie Phillips’s greatest hits."[2]

In December 2001, Melanie Phillips told the Jewish Chronicle how fellow Question Time panellist Will Self had put her on the spot:

Where, he demanded, did my own loyalties lie? If Britain declared war on Israel, whose side would I be on?

I could scarcely believe what I had heard. Self was seeking to make the wider world aware of two things: first, that I was a Jew, and second, that therefore my views on Israel could be disregarded since Jews had double loyalties.

I replied that British Jews were immensely patriotic. It was also inconceivable that Britain should attack Israel since Israel was a salient of democracy in the Middle East. But if the inconceivable were ever to happen, this would represent such a turning against Jews that some of us might feel we had no alternative but to live in Israel. That of course was entirely different from being a traitor to one's own country.

When I said, however, that Israel was a democracy the audience did a horrible and astonishing thing. They laughed. That incredulous laugh was more shocking even than Self's attack. It revealed that however many Israeli teenagers are blown to smithereens by suicide bombers, the British have seen on TV Israel's tanks demolishing Palestinian houses and above all seen those Palestinian children being killed by Israeli soldiers, and they have formed the view that Israel is a tyranny and the Jews are the real terrorists.

The programme discussion lurched from bad to worse. Diane Abbott claimed Britain had attacked Israel 'over the Irgun', which was 'the embryo of the state of Israel' (sic). And from the audience came the considered view that Israel was the source of terror in the Middle East, that what it was doing was as bad as what was done to it, and that it was responsible for ethnic cleansing. I believe that the visceral hostility towards Israel and Jews displayed by both the panel and the audience are representative now of much mainstream British opinion.

Criticism of Israel is providing the cover for the kind of anti-Jewish feeling many of us thought we would never hear in public. Anti-Semitism seems to be the attitude of choice now at all the most fashionable dinner parties.[3] 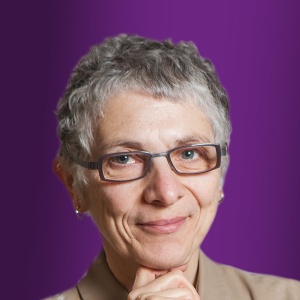