Ian Pannell is a former BBC journalist who worked on the infamous Saving Syria's Children Panorama episode, about which he has made multiple self contradictory statements. In March 2017, 21st Century Wire shortlisted him for their 2017 Horace Greeley Award for Best Fake News Journalist, but did not win.[1]

Ian Pannell began his career with BBC Radio Leicester. In 1994 Ian joined the new BBC network, 5 Live and moved to London. He then transferred to Radio 1 Newsbeat and eventually to BBC Radio 4's World at One, PM and World This Weekend.

Pannell came to prominence for his role in Saving Syria's Children. 21st Century Wire wrote that that "Panel ran point on the BBC’s now legendary Panorama program, Saving Syria's Children which ran on the day of the Syrian War vote in August 2013. This ‘documentary’ has been exposed as one of the most egregious examples of manipulated pro-intervention propaganda ever. Looking back at it, it borders on the absurd. Amazing to think anyone thought it was real to begin with."[1]

Pannell used Al-Qaeda linked jihadi group Ahrar al-Sham as security during the filming of Saving Syria's Children, "scant weeks after the group’s participation in the massacre and kidnap of civilians, and that Conway’s close-quarters footage of alleged victims arriving at Atareb Hospital features at least one vehicle prominently displaying the ISIS banner."[2]

Robert Stuart has highlighted a number of self-contradictory statements made by Ian Pannell (and others).[3] 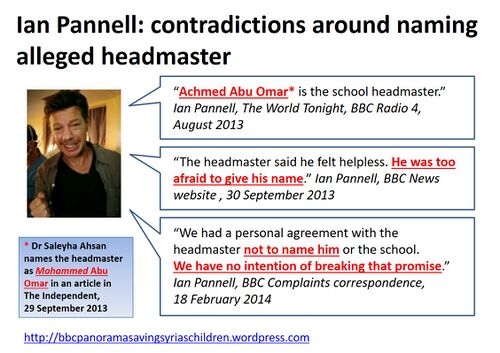 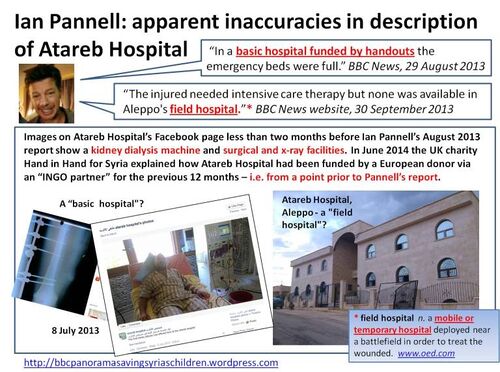 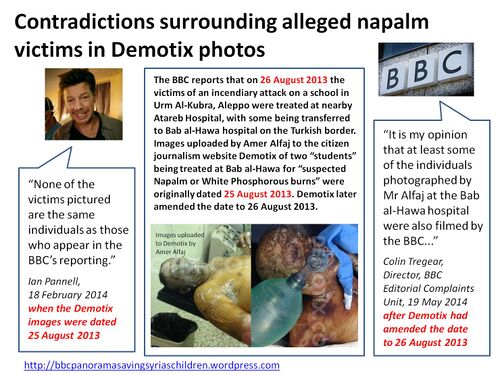 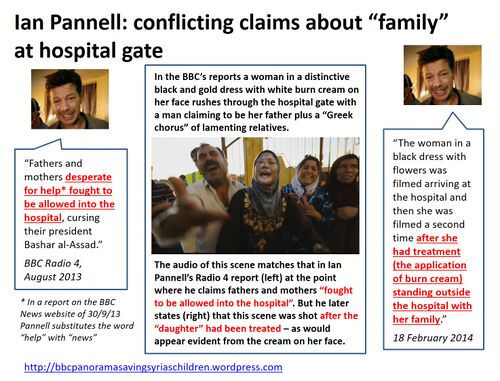