Dilyana Gaytandzhieva (Диляна Гайтанджиева) is a Bulgarian journalist who was sacked from her Bulgarian newspaper after writing a story alleging that CIA flights were used to ship arms to "terrorists". Her article alleges involvement by Silk Way Airlines and Purple Shovel were involved in the shipment of arms to Syria and other places.[1]

She reports that no explanation for her firing was offered.[2]

On October 30, 2013 TV7 broadcast her author's documentary about the war in Syria - The Red Border. Days later, it was awarded by the Union of Bulgarian Journalists.[3]

2017 report about weapons shipments to Syria 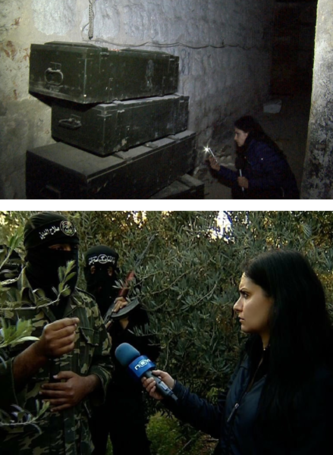 In July 2017 an investigation Dilyana Gaytandzhieva: [4] by the leading Bulgarian daily newspaper Trud, which has a reputation for investigative crime reporting[5] revealed how Silk Way Airlines exploited a loophole in the international aviation and transport regulations to offer flights to arms manufacturers and private companies – with much of the cargo heading for known terrorist enclaves in Syria, but also to other conflict zones including Central Asia and Africa.

The published documents included correspondence between the Bulgarian Ministry of Foreign Affairs and the Embassy of Azerbaijan to Bulgaria with attached documents for weapons deals and diplomatic clearance for overflight and/or landing in Bulgaria and other countries, including Saudi Arabia. The documents disclosed that American weapons manufacturers had shipped over $1 billion of weapons through Silk Way Airlines, corporate subcontractors included ″Purple Shovel LLC″ based in Sterling, Virginia, US Department of Defense subcontracting vehicle ″Culmen International LLC″ based in Alexandria, weapons and defense procurement firm ″Chemring Military Products″ based in Perry, Florida. When Silk Way Airlines did not have enough available planes, Azerbaijan’s Air Force jets would transport the military shipments. In the investigation the reporter accused responsible authorities of many countries (Israel, Bulgaria, Serbia, Romania, the Czech Republic, Hungary, Slovakia, Poland, Turkey, as well as to the militaries of Saudi Arabia, UAE, the military forces of Germany and Denmark in Afghanistan and of Sweden in Iraq, and the US Special Operations Command (USSOCOM)) to "have turned a blind eye and allowed diplomatic flights for the transport of tons of weapons, carried out by civil aircrafts [sic] for military needs."[6][7] 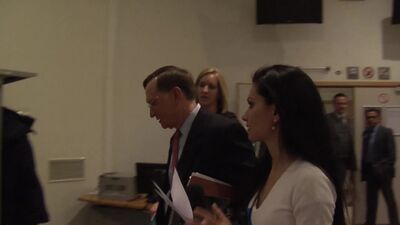 She confronted Robert Kadlec at a conference on biological weapons at the European Parliament in Brussels in 2018.[8][9][10]

Dilyana Gaytandzhieva has published about US funded bioweapons.[11]

In an August 2018 opinion piece entitled ‘Fake News’ Takes to the Air, Sam Ross for International Policy Digest described the story as part of a "‘Black PR’ campaign... to besmirch the reputation of and the relationships hosted by longstanding U.S. military contractors such as Silk Way Airlines".

He quoted a February 2018 statement of the Bulgarian Civil Aviation Administration that “the Directorate General Civil Aviation Administration to the Ministry of Transport, Information Technologies and Communications of the Republic of Bulgaria, aimed to clarify that all flights operated by Silk Way Airlines from/through the territory of Bulgaria, with special/military production on board, were performed in accordance with all National and International regulations and legal provisions, with all respective permits, certificates and documents for transportation by air of such sensitive cargo.”

He claimed that the source documents stemmed from a July 2017 "hack made on the Azerbaijani Embassy of Bulgaria, undertaken by 'Anonymous Bulgaria' (with IP-address roots linked to Russia)". He cited no sources for his information and did not link to the article concerned.[12]