Carroll Quigley was a US historian and deep political researcher who had unprecedented access to the archives of the Trilateral Commission, which he used to expose the UK/US Deep state[citation needed] John Taylor Gatto termed him "a superb writer and thinker".[1]

Quigley stated that he was in broad agreement with the designs of the elite groups he studied, but disagreed that they should keep their activities secret, hence his publication of books about them.[citation needed] 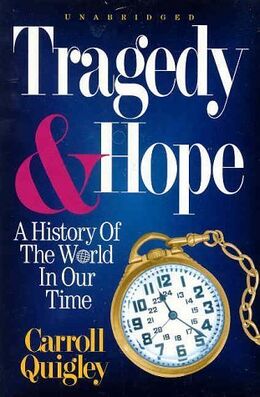 Quigley researched the histories of the UK deep state the US deep state, which he collectively termed "The Anglo-American Establishment".

Quigley produced Tragedy and Hope, a pioneering expose of the US deep state which sold out very quickly, after which the publishers destroyed the plates.[2] It was suppressed and very hard to find for many years.[3][4]

This book was nevertheless highly influential on an older generation of truth seekers, including John Taylor Gatto. Gatto, by his own account, spent 6 months seeking the book and after finding one in the rare book room of New York library, had it stolen before returning it some months later.[1] 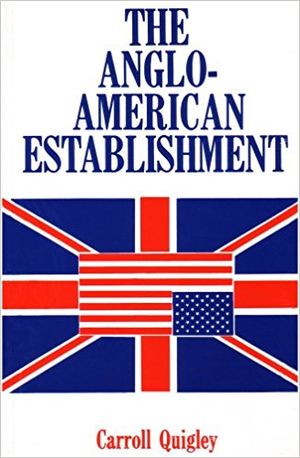 Carroll Quigley wrote the The Anglo-American Establishment, a study of anglophone deep politics. This focuses particularly on the evolution of the UK deep state about a century ago. The Milner Group lists on this website were derived from it. His information about the group was derived from an unnamed insider, whom Stanley Monteith identified as Alfred Zimmern‎, who left the group in 1922.

A Document by Carroll Quigley