Used on Wikispooks as a colloquial term for spy but with wider connotations encompassing people whose primary occupation may be in any area of industry, commerce, politics, the media etc., but who also acts as an agent/informant of the secret intelligence agencies or the security services generally.

Spook is used on this website to mean (approximately) "spy", they employ spycraft. 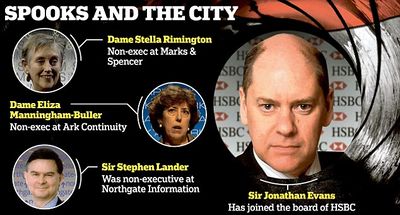 In the 21st century, spooks are increasingly heading through the revolving door to work for large companies, particularly in the financial and "private security" sectors.

Premature death is an occupational hazard of being a spook. Wikispooks currently has 58 such deaths listed.