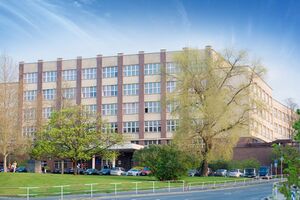 The Old Building (Stará budova) of the University in Žižkov. 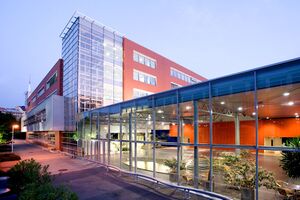 The Rajská Building of the University in Žižkov. 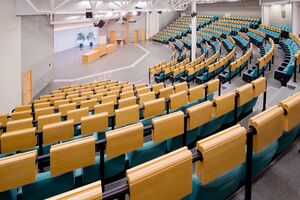 The Prague University of Economics and Business' (originally: the University of Economics, Prague; Vysoká škola ekonomická v Praze) is an economics and business-oriented public university located in Prague, Czech Republic. It is the largest university in the field of economics, business and information technology in the Czech Republic, with 15 000 students across its bachelors, masters, doctoral and MBA programmes.

Since 2000 the Gary Becker Prize for the best student's thesis in economics (a prize previously associated with IMADEC of Vienna) was awarded at the university.[2]

The university is a member of the Global Alliance in Management Education (CEMS), Association of Professional Schools of International Affairs (APSIA),[3] and Partnership in International Management (PIM) networks.[4]

In addition, over 1100 students from institutions overseas come to VŠE each semester. In 2005, a new International Learning Center was established as part of expansion of university premises. Courses for these students are run in Czech, English, German, French and Russian languages.