From Wikispooks
(Redirected from URENCO)
Jump to navigation Jump to search 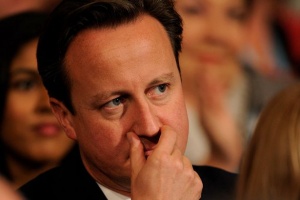 The URENCO Group is a nuclear fuel company operating a number of uranium enrichment plants in Germany, the Netherlands, United States, and United Kingdom.[1] URENCO's activities are governed by the Treaties of Almelo, Cardiff and Washington, which were drawn up in an attempt to control the proliferation of nuclear technology and stop enriched uranium from falling into the hands of terrorists. URENCO supplies nuclear power stations in some 15 countries and uses Zippe-type centrifuge enrichment technology.[2]

URENCO Enrichment Company Ltd is headquartered in the semi-rural Buckinghamshire village of Stoke Poges, where, appropriately enough given its atomic plot, "Goldfinger" was partly shot. URENCO has a 31 per cent share of the world's uranium enrichment market. This provides the fuel for nuclear power utilities and URENCO has enrichment plants in the US and the three investor countries.[3]

In the United States, where URENCO is represented by its marketing subsidiary URENCO, Inc., the URENCO USA facility became operational in Spring 2010. Called the National Enrichment Facility, it is located 5 miles East of Eunice, New Mexico, and is operated by Louisiana Energy Services (LES), a subsidiary of URENCO. On 31 March 2015, the US Nuclear Regulatory Commission (NRC) approved a licence amendment allowing LES to increase its Eunice enrichment plant capacity from 3.7 million separative work units (SWU) to as much as 10 million SWU.[4]

URENCO is owned in three equal parts by Ultra-Centrifuge Nederland NV (owned by the Government of the Netherlands), Uranit GmbH (owned equally by German energy companies E.ON and RWE) and Enrichment Holdings Ltd (owned by the Government of the United Kingdom and managed by the Shareholder Executive).[5] The company was set up in 1971 pursuant to the Treaty of Almelo, which restricts the sale of ownership stakes.[6][7]

On 22 April 2013, David Cameron's coalition government announced plans to sell its one-third share in URENCO - owned by Britain, Germany and the Netherlands - unleashing a new wave of privatisations in an attempt to cut the public debt. [8]

"It's a ridiculous idea," according to the GMB union's national secretary for energy Gary Smith, who earlier this week complained to The Independent of the prospect of the Chinese investing in the nuclear new-build programme.[9]
"We're flogging off precious nuclear assets instead of developing a strategy around nuclear. It's absolute madness."[10]

Britain's share in URENCO could fetch up to £3bn, making it one of the biggest privatisations in the UK in years.[11] Within days of the 7 May 2015 UK General Election, which returned David Cameron as Prime Minister of a Conservative government, it was announced that URENCO's chairman Sir John Hood is stepping down, adding a fresh complication to the long-running £10bn privatisation plan. An initial public offering (IPO) through a stock market flotation has not been ruled out, but the Dutch government has historically been less keen on such a move than on an outright sale to a major player in the energy industry.[12] Cameco, a Canadian uranium producer, Mitsubishi of Japan and Areva, the French nuclear group, are among those expected to bid. Several private equity groups, including Apax Partners, Carlyle Group and KKR, have also assessed the prospect of submitting offers. A number of investment banks have won roles on the deal, with Morgan Stanley, the Wall Street firm, advising UK ministers.[13]

By privatising URENCO, the British government is presumably hoping to bring closure to the Lockerbie affair, and thus escape prosecution for the Thatcher administration's criminal behaviour in processing Namibian yellowcake contrary to United Nations Council for Namibia (UNCN) Decree No 1.[14]

"Father of the Islamic Bomb"

Having received a doctorate in metallurgical engineering from Leuven University in 1972, Dr Abdul Qadeer Khan joined the Physics Dynamics Research Laboratory in Amsterdam, a subcontractor of URENCO in Almelo, Netherlands and worked on gas centrifuge uranium enrichment technology.

In 1974, Dr Khan returned to Pakistan taking drawings of the top-secret centrifuges operated by URENCO with him and helped establish the Kahuta Research Laboratory (KRL), an advanced highly enriched uranium (HEU) facility near Islamabad.

It was not until May 1998, however, that Pakistan succeeded in detonating a series of nuclear weapons though, according to a letter sent by Dr Khan to President Zia, they could have used HEU produced at KRL as fissile material for a bomb as early as 1984.[15] 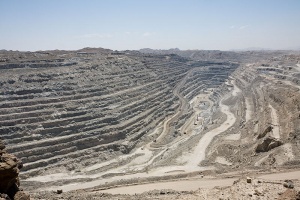 In May 1985, the United Nations Council for Namibia (UNCN) decided to take legal action against URENCO for breaching UNCN Decree No 1, which prohibited any exploitation of Namibia's natural resources when the country was illegally occupied by apartheid South Africa. At that time URENCO was importing uranium ore from the Rössing Uranium Mine in Namibia.[16] The case was expected to be ready by the end of 1985 but was delayed because URENCO argued that, despite having enriched uranium of Namibian origin since 1980, it was impossible to tell where specific consignments came from. When the case finally reached court in July 1986, the Dutch government took URENCO's line, claiming not to have known where the uranium had been mined.[17]

Upon the adjournment of the URENCO proceedings, SWAPO's UN representative, Helmut Angula, insisted that other companies, such as Shell, De Beers (Consolidated Diamond Mines), Newmont, and Rio Tinto Group were also likely to face prosecution for breaching the UNCN Decree.[18]

According to "Greenpeace", URENCO has a standing contract with Russia for the disposal of radioactive waste. In reality, these contracts do not relate to the disposal of waste, but to the sale of depleted uranium tails, which are re-enriched to natural uranium equivalent.[19][20] As the enricher, Russia would be the owner of any radioactive waste that results from this process. In March 2009, there were protests about the largest-ever load of depleted uranium hexafluoride being transported from Germany to the Siberian town Seversk.[21]

URENCO Netherlands BV has dismantled enrichment plant SP3, after the decommissioning of SP1 and SP2 in the 1980s and 1990s. Information about decommissioning cost calculations for URENCO facilities is not accessible.[22]

This page imported content from Wikipedia on 4 November 2013.
Wikipedia is not affiliated with Wikispooks.   Original page source here
Retrieved from "https://wikispooks.com/w/index.php?title=URENCO_Group&oldid=117517"
Category: