Seth Rich was a computer scientist who was murdered in Washington DC before the 2016 Presidential Election. At the time of his murder, he was aged 27, working for the Democratic National Committee (DNC), developing an application he help voters locate polling stations.[1][2]

Rich was shot at 4:20 a.m. on 10 July 2016. Police suggested Rich may have been killed in an attempted robbery, although no items were taken.[2] A reward of $25,000 was offered from the police for information about the death.[3] 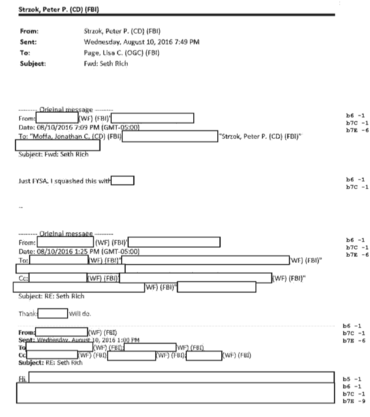 The FBI has given affidavits that it has no records regarding Seth Rich. This was revealed to be untrue by a FOIA request.[4]

Following the death, Wikileaks announced a reward of $20,000 for information leading to a conviction for the murder. Following the news of WikiLeaks' bounty, Seth's father, Joel Rich, said “I hope the additional money helps find out who did this.” He accused WikiLeaks of "playing a game".[3][2]

When Assange raised the topic of the murder of Seth Rich, his Dutch host commented "That was just a robbery, I believe. Wasn’t it?" Julian Assange replied: "No. There’s no finding. So... I’m suggesting that our sources take risks." He continued to hint that Seth Rich might have been a source for Wikileaks.[5]