S & Ls were living, breathing organisms that fused criminal corporations, organized crime and the CIA into a single entity that served the interests of America's political and economic elite.[4] 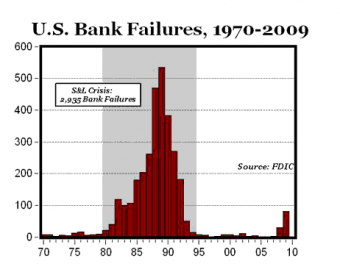 Charles Keating, who notoriously lead the plunder of Lincoln Savings was jailed. Don Dixon faced indictments stemming from the collapse of his S&L group, Vernon Savings and Loan.[5] Prosecutions however hardly scratched the surface of those involved. Pete Brewton states that this was because the US Congress was full of people who had personally profited and so could be counted on to oppose a real investigation.[2]