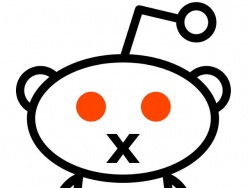 ★ Start a Discussion about this document
How Reddit Was Destroyed

1) The first thing they did was take away r/reddit.com.

This took away the only tool for communicating with reddit about reddit. If you had any concerns about the website as a whole, you could address them through r/reddit. Taking that away was the first step.

2) The power now resided in individual subreddits, obviously the most popular ones. There was a power grab to become moderators of these subreddits.

I remember as the upcoming election loomed, all of a sudden, r/circlejerk (one of the old default subreddits) became completely obsessed with bashing Ron Paul. I am not even a RP supporter, but that was definitely orchestrated, and NOT by some kids trying to be funny. Also, it coincided perfectly with this highly suspicious campaign to filter him out of the election.

3) Once the default subreddits were controlled, drastic changes began to occur.

I remember when r/IAma was open to anyone and the popularity was decided by voting. Now it is nothing more than a cheap place for celebrities to whore out their products and you need to be "approved". Someone named Victoria is involved and how does that makes any sense whatsoever? Celebrities have entire teams of branding/PR/social media teams that work for them. Why do they need to be at reddit HQ and/or required to have a reddit rep? Because these AMA's are extremely organized and sponsored with money.

There are plenty of subreddits that are now covertly controlled. Check out this post which was pushed into r/undelete for identifying a list of keywords banned from r/technology.

All of a sudden new accounts started popping up out of nowhere. Cue the birth of r/HailCorporate. "Feel good" military posts started appearing, like a soldier coming home to his dog. New users entered AMA's to lob softball questions "Mr Burns, your campaign has the momentum of a runaway freight train, how does it feel to be so popular?" From brand new accounts that never posted again.

Eglin Air Force Base = Reddit's most addicted city! I would hate to be the poor reddit intern who got fired that day! "Didn't you read the memo Billy. US military bases are never to be included in our yearly stats!!!"

https://www.reddit.com/r/conspiracy/comments/2hf77e/internet_trolls_may_be_trained_government_agents/cks8exy Anyone who tries to convince you that shills don't exist is either grossly uninformed or a Protip: the big political subreddits can’t seem to keep the seal on the circlejerk during weekends, almost as if an entire team of manipulators is suddenly on weekend hours.

5) Now we have blatant censorship on r/news, r/worldnews etc... saying that X site is not allowed.

What ever happened to letting people vote on the content of this website? Trash tabloids constantly go viral on political subreddits due to sensationalized headlines and the fact that most Americans are unaware of different overseas publications.

Not to mention the fact that default subreddit rules are now completely refined, sophisticated and purposely worded to allow maximum mod-interpretation. Honestly, someone with a law degree with a proud.

Major politically-charged subreddits now insist on exact titles or quotes because that stops users from being able to post the important point summary of the article as the title . Using only official titles from only approved media has turned reddit into mainstream media.

6) Speaking of voting, they changed that too.

We now have an entirely new way to view upvote/downvote scores. A user used to be able to see their score. But now, everything is fuzzed. For example, if you made a semi-controversial comment before, but many people agreed, you may have a score like (47/45), leaving you with a -2 next to the comment. Now you just get a -2 and nobody knows if anyone agreed with you.

7) Hey guys, us nerds who run reddit have decided to shuffle all of the front-page subreddits, tee-hee we are so random ‿^

No more r/circlejerk, that pesky subreddit hits too close to home. Lets add 2X to the mix, (even though they wanted to remain an anonymous sub), fuck them, we need to show our shareholders we represent the female demographic. Lets also add a bunch of subs that we can use to share propaganda like r/nottheonion.

And speaking of the female demographic and "gender discrimination" being represented, that happened around the time this person took over as CEO of reddit.

It now doesn't matter if you have confirmed your email, or been posting on this site for years. If you anger the wrong mod/admin or your posts aren't doing "well", then you get benched.

A sneaky tactic, but hey, at least it is only your comment and not your whole account. Isn’t it great that we have shadow-banning on a website that claims to support free speech.

tl;dr: Your votes do not matter. The front page is not decided on merit. Different subs are given different algorithms. There is a behind the scene ranking system that gives certain content a "head-start". As we have learned at r/conspiracy, if they don't like our sub, then we are banished from the front page, forever. Just like we were banished from r/bestof, after this amazing comment that was gilden 8X and received over 3000 upvotes. They actually gave that user the boot. How dare you bring your unique, first-hand perspective to a web-forum!!!

10) The arrival and subsequent take over of r/undelete.

Due to the now rampant censorship on the site, users took it into their own hands to bring the truth into the light. They created a part of reddit where users could see what was being deleted. Nope.

11) Now we are seeing a new site-wide trend that is designed to make it even harder to call out shills. Which is interesting considering that nobody seems to care when the accusations are sponsored by the mob: “This guy is a Putin-bot! Everyone must think the exact same way about complex geopolitical events.”

12) All of the proper "checks and balances" are now in place.

R/worldnews has become the ultimate modern-day version of the Two-Minutes Hate from George Orwell's 1984:

a daily period in which Party members of the society of Oceania must watch a film depicting the Party's enemies and express their hatred for them.

But when we really want to drive a point home, the entire front-page gets in on the action!!!

Look what happened in the immediate aftermath of the Boston Bombing, while users were pooling resources, the website was DDos attacked to stop the momentum. Good thing to, since moments later, our honest government said “Hey everybody, these two guys did it!” For arguments sake, despite anything that followed, it should be extremely alarming that millions of people suddenly decided they were guilty based on nothing more than a picture, the government’s word, and the manufactured consensus of their peers. I was on reddit in the exact moment the shift happened and NOBODY could tell me why they suddenly believed, without any other evidence, that two people attending the marathon with a circle around them was evidence of guilt. And I was gang-downvoted every time I asked.

And speaking of the BB, reddit will apparently never live down the fact that someone was wrongly accused. Why should a community be demonized for aggregating information and doing something that has proven to be successful in 90% of cases, particularly disasters? Why? Because the government can’t have people doing their own detective work, that would make their cover-ups way more difficult.

When reddit changed the voting system and people were on their last nerve with this site, a place called Whoaverse (now https://voat.co/) became popular overnight. It is basically a reddit clone and at the time was run by one guy. He was happy about the surge but mentioned it was going to be hard to keep up with, but was committed to making it happen. Guess what happened next?

Did you guess: “Thousands of targeted spam attacks to overload and destroy the website”? Then congrats, you now understand how far these fucks are willing to go to keep the herd in their pen. Hijacking a cool brand and using it’s facade to conduct propaganda games is extremely profitable, just ask VICE. And once you have the customer, it costs much less to keep them than to acquire new ones. So we are seeing online guerrilla tactics designed to destroy the competition by any means.

So I made this post and it went viral on r/conspiracy reaching +3500. I woke up the next day and by accident I signed out and saw my user page could no longer "be found". I then noticed that every comment I had made was stuck at 1. After over 6.5 years on reddit, I had received my first shadowban.

So I made a new account and made this post about it, it also went viral. I was given advice to message the reddit admins about my shadowban, I eventually received this message:

It looks like you got caught up in a vote brigade, but upon further investigation it looks like you were not part of it. Thanks for writing in so promptly. I've unbanned your account.

Anyways, the whole thing stinks to me. Like a canned response. The admin version of "yeah, our bad". Multiple years on reddit and I get my 1st shadowban "accidentally" within a day and a half of my most viral "How Reddit Was Destroyed". …………………………………….

It wasn't always like this. A few years ago, there were just as many disagreements and differences of opinion on reddit, but they were REAL. And the site was still a democracy. People voted and things swung from side to side, everybody learned in the end.

Now we have a completely one-sided mess that pretends to be democratic but is quickly becoming the Fox News of the internet. They designed a system that would take advantage of the Eternal September syndrome and this manipulation has encouraged the retard masses to become their useful idiots.

I believe this can essentially be boiled down to not just greed, but controlling and manipulating the information that the millions of people see on a daily basis. Reddit gets billions of views. Manufactured consensus is very real and doing it through social media is the gold standard because people are hard-wired to value the opinions of their peers.

The people who run reddit are not the "cool bloggers" they try to portray themselves as. There is a head running things, and it is sinister and they are making A LOT of money, and have A LOT of power, and A LOT of influence.

And they know it. You should too.

'Fun Fact:' Type this into the reddit search: How Reddit Was Destroyed. Now look at all the random subreddits that exist just to mock outside of the box thinking.