Wikipedia's criteria for notability are (together with its policy on reliability) a crucial part of its censorship process.

Wikipedia should only include "notable" articles, so it needs "a test used by editors to decide whether a topic can have its own article"[1].

Wikipedia has an explicitly establishment friendly policy of assuming that commercially-controlled media is reliable, even though they are legally allowed to lie.[2] Moreover, events that the corporate media choose to ignore are not deemed 'notable'. The 7th Floor Group was termed a "shadow government" in an FBI document that was leaked by Wikileaks.[3] Although the authenticity of the primary source document was not questioned, the page was removed from Wikipedia in part due to a "lack of reliable secondary sources" .[4] i.e. Because the commercially-controlled media chose not to report it, the notability rule was used to censor Wikipedia. This rule effectively allows Operation Mockingbird, the CIA's decades long project to control newspapers and television to also decide what should and shouldn't be published on Wikipedia. 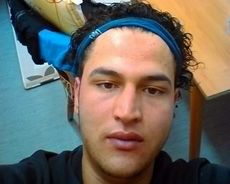 Anis Amri, the reported perpetrator of the 2016 Berlin attack, was not deemed notable enough to have his own page

The primary criterion used by Wikipedia to determine notability is that a subject has "gained sufficiently significant attention by the world at large and over a period of time... from reliable independent sources".

The assumption that reports in different commercially-controlled media sources are independent is incorrect, due to the unprecedented consolidation of big media. Morevoer, by excluding individual researchers (no oversight => questionable by definition), this criterion cedes de facto control of the agenda to big media. This policy allows Wikipedia, although created mainly by volunteers, to be used to amplify the power of those with editorial control over television and other old media - since topics they do not report are therefore excluded from Wikipedia as a consequence.

Perpetrators of a single event

People notable for only one event (such as Anis Amri) are not deemed notable unless the event is particularly noteworthy (for example, Gavrilo Princip is notable because the Assassination of Archduke Franz Ferdinand was so important in world history.

Wikipedia's article on Le Cercle was cut down due to reliance on the same "self-published source" cited on Wikispooks to just over 200 words, as of December 2013, notwithstanding the fact that that source was the most informative source available on the internet at that time, which was based on primary sources that it had published, and which were unavailable elsewhere.

For a few days, Wikipedia had an article on the 7th floor group‎, which leaked FBI documents referred to as a "shadow government" in the US State Department. This was speedily deleted due to "non-notability" of the topic.[5]

Kevin Annett has been repeatedly censored as non-notable, decades of remarkable, devoted and arguably successful work notwithstanding.

Anonymous edits from IPs registered to the UK Government claimed that the death of Lee Rigby was “not notable enough” for an article pertaining to "terrorism".[6]

Criticism and Proposals for Reform

Feminist writer TaraElla, founder of the WikiEqualize project, believes that the Notability Criteria should be abolished for the sake of structural equality, and has suggested that a Cultural Contribution Criteria be used instead.[7][8] Such a criteria would not be dependent on popularity or attention in commercially-controlled media, but rather on contribution to human culture as a whole.[9] She has written extensively on what such a criterion might look like, and how it can work.[10] While she addresses the issue mainly from a feminist perspective, her argument that Wikipedia cannot be neutral when it excludes non-establishment viewpoints and voices can equally apply to many other areas, and her suggested reforms are intended to reduce Wikipedia's pro-establishment bias in many different fields.

9 July 2019 Robin  An explanation of one of the pillars of Wikipedia's censorship.