The National Reconnaissance Office (NRO) is an agency of the US Department of Defense. 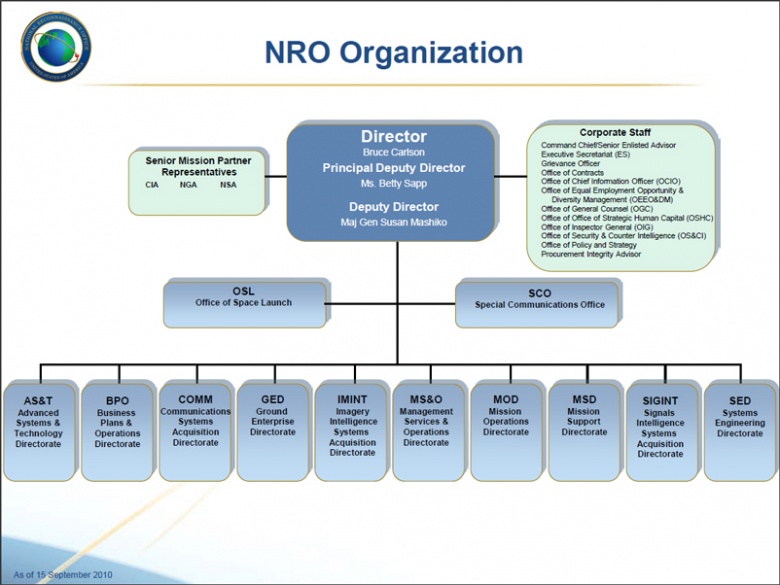 The National Reconnaissance Office had scheduled an exercise for September 11, 2001 due to start at 9 a.m. involving a corporate jet crashing into one of the four towers of the NRO Headquarters in Chantilly, Virginia. An NRO spokesman, Art Houbold said that "It was just an incredible coincidence that this happened to involve an aircraft crashing into our facility."[1][2]

News of the 9/11 Chantilly aircraft crashing simulation was not made public until almost a year later, in the form of a simple announcement of a Homeland Security Conference. The latter entitled “Homeland Security: America’s Leadership Challenge” was held in Chicago on September 6, 2002.[3]