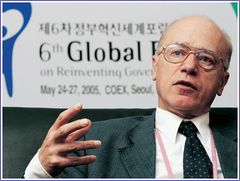 In a statement released today, Dr Köchler, who has followed the Lockerbie proceedings since the beginning of the trial in the Netherlands in May 2000, highlighted basic aspects and questions of this new revelation that appear to be of relevance not only in connection with the upcoming second appeal of the convicted Libyan national, but also for new prosecutorial action ex officio by the Scottish authorities.[1]

In his affidavit Ulrich Lumpert implicitly admits to have committed perjury as witness No. 550 before the Scottish Court in the Netherlands. He states (Para. 2) that he has stolen a handmade (by him) sample of an “MST-13 Timer PC-board” from MEBO company in Zurich and handed it over, on 22 June 1989, to an “official person investigating the Lockerbie case.” He further states (in Para. 5) that the fragment of the MST-13 timer, cut into two pieces for “supposedly forensic reasons,” which was presented in Court as vital part of evidence, stemmed from the piece which he had stolen and handed over to an investigator in 1989. He further states that when he became aware that this piece was used for an “intentional politically motivated criminal undertaking” (vorsätzliche politisch kriminelle “Machenschaft”) he decided, out of fear for his life, to keep silent on the matter.

The rather late admission of Mr Lumpert is consistent with an earlier revelation in the British and Scottish media according to which a former Scottish police officer (whose identity has not yet been disclosed to the public) stated “that the CIA planted the tiny fragment of circuit board crucial in convicting a Libyan” for the bombing of the Pan Am jet (Scotland on Sunday, 28 August 2005).

Upon receipt of the document, Dr Köchler informed the owner of MEBO AG on 7 August 2007 that Mr Lumpert will have to submit his affidavit under oath before the competent judicial authorities of Scotland. In the meantime (22 August 2007), the owner of MEBO AG has requested the Scottish judicial authorities – by way of the Swiss Prosecutor’s office and on the basis of the agreement on mutual judicial assistance between the UK and Switzerland – to investigate the alleged criminal manipulations referred to in Mr Lumpert’s statement.

In his capacity as UN-appointed observer of the Lockerbie trial, Dr Hans Köchler has repeatedly raised the issue of the timer fragment and expressed his amazement at the Defence team’s refusal to look into the matter during Mr Megrahi’s appeal when questions as to the reliability of forensic evidence had already been raised. (See Dr Köchler’s appeal report, Para. 10 [c] of 26 March 2002; his statement of 23 August 2003, Par. 10; and his statement of 14 October 2005, Para. 2.)

It is to be recalled that, as witness before the Lockerbie court, Mr Edwin Bollier had raised the issue of the manipulation of the timer fragments, but was brusquely interrupted in his testimony by the presiding Judge and prevented from giving further information in this matter.

In the meantime (information received on 26 August 2007), Mr Lumpert has revised part of his Affidavit (Para. 5); he now states that the letter “M” on the timer fragment (supposedly for the German word Muster: sample), unlike previously stated, has been engraved by himself. In view of this and earlier statements, Mr Lumpert’s credibility will have to be assessed very carefully by the competent judicial authorities and he will have to be made aware of the consequences, in terms of criminal law, of lying to the Court.

At the same time, the credibility of the Scottish Criminal Cases Review Commission (SCCRC) is also at stake. In its News Release of 28 June 2007, in which it had announced the referral of Mr al-Megrahi’s case to the Scottish High Court for a second appeal, the SCCRC found it necessary to “absolve” the investigating authorities of any suspicion of wrongdoing. Should Mr Lumpert’s confession be proven to be true, the SCCRC’s statement – “The Commission undertook extensive enquiries in this area but found nothing to support that allegation or to undermine the trial court’s conclusions in respect of the fragment” – will appear highly questionable, even dubious. The public will have to ask why a supposedly independent judicial review body would try to exonerate “preventively” officials in a case which is being returned to the High Court for a second appeal because of suspicions of a miscarriage of justice.

If it is indeed the rule of law that governs the Scottish polity, the Scottish judicial authorities will have to deal with this new revelation ex officio – independently of how the appeal court in Mr Megrahi’s case will evaluate this witness’s confession of perjury.

Those responsible for the midair explosion of Pan Am Flight 103 will have to be identified and brought to justice. If there was any wrongdoing, criminal and/or due to incompetence, of the judicial authorities in the investigation and prosecution of the Lockerbie case, this will also have to be dealt with through proper procedures of criminal law. A continuation of the rather obvious cover-up which we have witnessed up until now is neither acceptable for the citizens of Scotland nor for the international public, Dr Köchler stated.

The following facts, which correspond to the truth, were signed by Mr Ulrich Lumpert on 18th July 2007.

1. During the examination by the Bundespolizei (Federal Police) (BUPO) Switzerland, FBI and Scottish Police present in Zurich in 1991; and the examination of the Bundeskriminalamt (BKA)(Federal Bureau of Criminal Investigation) by Com­missioner Fuhl in Konstanz, Germany 1991; as well as in the Lockerbie trial at Camp Zeist in 2000. I had testified as witness No.550 and stated in the record that, of the 3 pieces of hand­-made prototype MST-­13 timer printed circuit boards, the third MST-13 PCB was broken and I had thrown it away. I built two functioning MST-­13 timers with the remaining 2 PC­Bs, which were delivered to East Germany's State Security Service (STASI) by Mr Bollier. The MST-­13 PC­Bs consisted of 8 layers of fibre­glass and were brown in colour.

2.These statements recorded by me were not correct! I confirm today on 18th July 2007 that I stole the third hand-made MST-­13 timer PC­B consisting of 8 layers of fibreglass from MEBO AG and gave it without permission on 22nd June 1989 to a person officially­ investigating in the Lockerbie case.

3. At this time I did not know that the MST-­13 timer PC­B was used for a specific purpose in connection with the attack on Pan Am 103, otherwise I would have requested permission from one of the owners of MEBO (Meister or Bollier) to release the MST-­13 PC­B.

4.In addition, I handed over without permission a summary of the production films, templates and blueprints of the MST­-13 timer production in a yellow envelope to Detective Superintendent James Gilchrist, Scottish Police, when he visited Zurich in June 1991.

5. The reason I did not explain the true background during the court proceedings was that I have been living in an indescribable condition of depression and fear since my second police interview in 1991. I got a shock and was in a significant state of anxiety when I was shown the photograph with the apparent MST­-13 timer fragment by the BUPO, FBI and the Scottish Police, surprisingly for the first time in mid-January 1991, which was apparently found in Lockerbie and they confronted me with the fact that this MST-­13 timer fragment was found in Lockebie and was a part of the ignition device of the suitcase with explosives, which caused the Boeing 747 Pan Am Flight 103 to crash, killing 270 people. According to Mr Bollier`s statement he was shown photographs of the MST-­13 timer fragment (No.PT/35, PT/35(b) etc.) on 23rd April 1990 by BUPO and on 15th November 1990 by FBI and the Scottish Police. Although the portrayed MST-­13 fragment at this time itself, had been sawn into two pieces  apparently for forensic reasons, it did not escape me that the MST­-13 fragment on the police photograph (No. PT/35(b) came from the non-­operational MST-­13 prototype PC­B that I had stolen; this is because there are clear characteristics (e.g. on a specific soldering terminal) that a relay had never been soldered. The soldering terminal was flat and clean at this place. Take note: I saw the photograph with the illustration of the un­processed originals, apparently the MST-­13 timer fragment under "Evidence No. PT­35, image 9 from Crown Office, gov. UK", for the first time at MEBO after the Lockerbie­ Appeal in January 2001, before my first Affidavit. I clearly recognise the scratched remnants of the soldering tracks on this enlarged digital police photograph. I had nothing to do with the letter "M" (possibly an abbreviation of Muster: sample). When I realised that the MST-13 PCB, after it was handed over by me without permission, was misused for deliberate political criminal action, it was clear to me that I was stuck "in the middle of it" and decided to keep quiet, for it could have been extremely dangerous for me as an unintentional "bearer of secrets"...I am sorry for the consequences of my silence at that time for the innocent Libyan Mr Abdelbaset al-Megrahi, sentenced to life imprisonment, and for the country of Libya. With the information known to me I would like to put an end to the accusation that Libya is responsible for the Lockerbie tragedy by making the MST-­13 timer link with criminal intent.

6. The reason I am revealing this fundamentally important information only today is that I would like to use this opportunity to clear my conscience, because I cannot be prosecuted for stealing, delivering and making false statements about the MST-­13 timer PCB, on grounds of statutory limitation.

7. The time is right for this, because action for a second Appeal has been granted [by the SCCRC] in the Lockerbie case on account of "Miscarriage of Justice". I would also like to apologise to Mr Meister, Mr Bollier and MEBO for the damage caused to their reputation. I hereby declare that the contents of the Affidavit are true.

This is to certify that this copy corresponds exactly with the document (4 single pages) shown to us this day and declared to be the original.