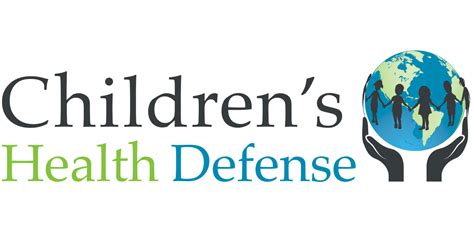 Children's Health Defense is an American nonprofit advocacy organization, known for its criticism of the lack of genuine testing, safety and efficiency of vaccines, but it also highlights other health issues, like pollution from chemicals, heavy metals or pesticides; or the problems with gene-modified organisms. It was founded and is chaired by Robert F. Kennedy Jr.

The site provides "open, honest discussion about issues systematically ignored by the majority of media outlets, either because the topics are considered taboo, or because corporate advertisers are allowed undue influence over content. The dearth of high-quality science and medical journalism, untainted by Pharma and other mammoth industries, has created a global crisis of misinformation. Entrenched power centers have politicized, hijacked and openly censored science, hobbling authentic debate over critical issues including vaccines, 5G, glyphosate and other pesticides, climate change, water quality, fluoride and chronic disease."

The Children’s Health Defense Team is devoted to the health of people and our planet. Our mission is to end the childhood health epidemics by working aggressively to eliminate harmful exposures, hold those responsible accountable, and establish safeguards so this never happens again.[1]

It "exposes the corrosive impact of corporate power on democracy. Our work stems from the premise that health and environmental issues are always human rights issues, and the best measure of how a democracy is functioning is whether it maintains the public commons, the public trust assets, in the hands of all the people, instead of allowing them to be concentrated and stolen from the people by large aggregations of wealth and power."[2]