Water is essential for life.

More than 1 billion people lack access to clean drinking water.[1] Peter Brabeck-Letmathe, the Chairman and former CEO of Nestlé, stated that the answer to global water issues is privatization and that "access to water is not a public right".[2]

“Water is, of course, the most important raw material we have today in the world. It’s a question of whether we should privatize the normal water supply for the population. And there are two different opinions on the matter. The one opinion, which I think is extreme, is represented by the NGOs, who bang on about declaring water a public right. That means that as a human being you should have a right to water. That’s an extreme solution. The other view says that water is a foodstuff like any other, and like any other foodstuff it should have a market value. Personally, I believe it’s better to give a foodstuff a value so that we’re all aware it has its price, and then that one should take specific measures for the part of the population that has no access to this water, and there are many different possibilities there.”
Peter Brabeck-Letmathe [3] 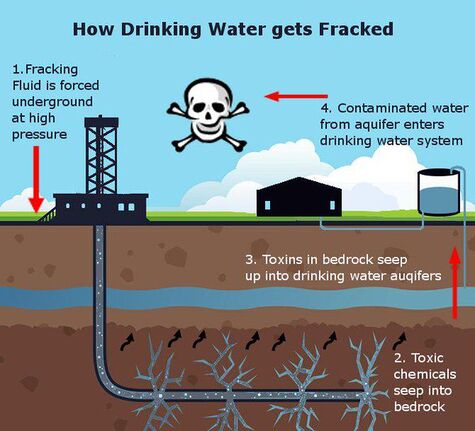 Fracking can poison aquifers. It is strongly opposed by citizens in the US and the UK.[4][5][6]

A 2016 paper in Environmental Science & Technology Letters claimed that millions of US citizens have been drinking toxic water for years.[7]

In many countries, fluoride salts are deliberately added to drinking water in an apparent effort to improve dental health. This policy however is coming under increasing focus as a cause for concern after the systemic toxicity of fluoride is becoming better understood. 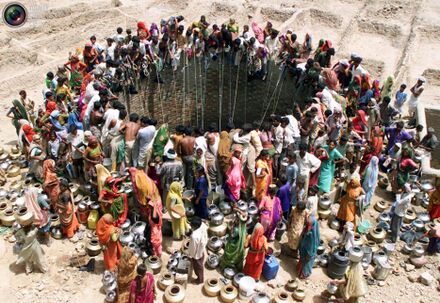 Ecological damage has let to the lowering of water tables and pollution of aquifers worldwide. This has often increased the profits of a few global trans national companies, by imperilling the drinking water of large numbers of rural people and encouraged their migration to cities.