Mark Elliot Zuckerberg is a US billionaire credited with starting Facebook.

An anonymous document published in 2019 by American Intelligence Media, claiming to be from a former lover of Zuckerberg, stated that "Mark’s lack of a moral compass made him the perfect patsy for the new “military experiments on U. S. citizens.”" It further alleges that "I just called Mark a stooge because he actually has no clue what he is doing – at all. Just ask him to write a simple program in any code he would like – he can’t, he is a fraud and always was."[1]

Zuckerberg has written that automatic censorship of "fake news" "is an area where I believe we must proceed very carefully. Identifying the ‘truth’ is complicated."[2] 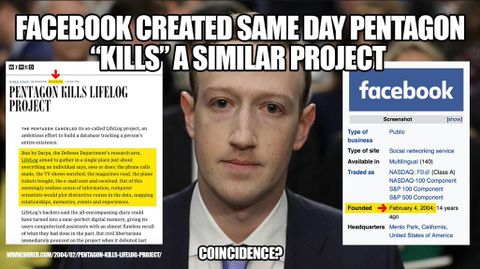 Mark Zuckerberg is widely acclaimed as creator of Facebook, although a 2019 article claimed that he was a patsy for the US Deep state which used his as a font man for DARPA's "LifeLog" universal surveillance project.[1]