Wikispooks is an open source encyclopaedia of deep politics. This page is for those readers familiar with its contents who who would like to become editors. It clarifies Wikispooks' expectations of those who apply for editing permissions.

Wikispooks is one of many reactions to the ever more blatant hypocrisies of the "Establishment" worldview. Aggressive use of commercially-controlled media and scientifically researched projects to socially engineer a passive population have meant that 'Anglo-American-Euro-NATO' friendly announcements are often accompanied only by the most superficial of justifications, whereas challenges to their official narratives are vigorously opposed on principle, whatever the facts of the case. Wikispooks is for red pillers to critically reflect on these "Official narratives", to compile relevant evidence, exchange opinons and bounce ideas off like minds. 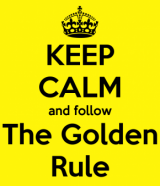 Each of us has limited experience, so our opinions are necessarily biased and our knowledge to a certain extent flawed. We can however act in good faith. In our conduct on the site, Wikispooks editors agree to subjugate local affiliations of race, creed, national, tribal, cultural or other parochial identities to the following:

Screening of editor applications is somewhat strenuous since protection of the site's integrity is a igh priority. Most applications are declined -- if you wish to become an editor you will be expected to spend some time on it. Applications which contain grammatical errors, or those which do not mention why' you wish to become an editor and what sort of edits you plan on doing will be rejected. We normally expect you to include something about your background, and have published online and for your application to link to that.

We do not accept anonymous or pseudonymous applications.
If you are in agreement with the intent of Wikispooks and wish to contribute, subject to the guidlines outlined above, you are invited to apply for a Login.