Mark Gorton suggests that a Truth and reconciliation commission may be the best way out of tackling the immense corruption with the US government:

The best known Truth Commission‎ was probably South Africa's Truth and Reconciliation Commission‎ held as the apartheid system was replaced. It exposed a lot of wrongdoing and is generally felt to have been successful. 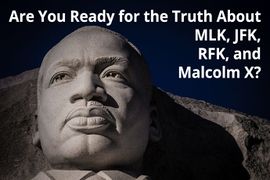 In January 2019, a group of over 60 US citizens requested US congress set up a truth commission style public enquiry to determine the truth of "the four major assassinations of the 1960s (of JFK, Malcolm X, MLK and RFK) that together had a disastrous impact on the course of American history."[2]