The 1918 influenza pandemic (January 1918 – December 1920), colloquially known as Spanish flu was a deadly pandemic starting at the end of World War 1.

The Spanish flu was an unusually deadly influenza pandemic caused by the H1N1 influenza A virus. It infected 500 million people around the world, or about 27% of the then world population of between 1.8 and 1.9 billion, including people on isolated Pacific islands and in the Arctic.

The death toll is estimated to have been anywhere from 17 million to 50 million, and possibly as high as 100 million, making it one of the deadliest epidemics in human history. The CDC on it's website in the 2000s put it at 20 million worldwide, with 500,000 deaths in the US.[1]

Historical and epidemiological data are inadequate to identify its geographic origin with certainty.[2]

Some, like Dr Gary G. Kohls, connect the 1918 flu to vaccine developments of the Rockefeller Institute for Medical Research at the time and conclude that the pandemic may have been a medical trial that went wrong.[3][4]

Hans Tolzin, who looked at available evidence found several notable points about the 1918 influenza pandemic, that in his view warrant attention:[5] 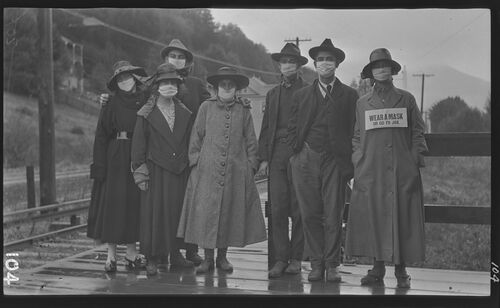