Not to be confused with science

The term Scientism covers a strong belief in science or in certain scientific explanations, especially beyond what these explanations can actually show.

Adherents of an exaggerated belief in science tend to not realize the existence of rigged science or that science is influenced by the prejudices and notions of the era[2]. This can be expressed as a trait of the individual, or be built into a culture through the academic system.

Scientism tends to stress bombastic conclusions from established institutions over use of healthy skepticism and the scientific method.

“Yet, in holding scientific research and discovery in respect, as we should, we must also be alert to the equal and opposite danger that public policy could itself become the captive of a scientific-technological elite.”
Dwight Eisenhower (1961)  [3] 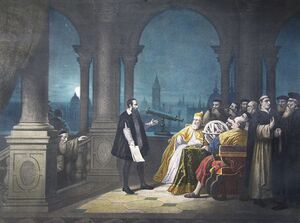 In a letter to Kepler in 1610, dissenting scientist Galileo Galilei complained that the scientific establishment ('philosophers') opposed his discoveries had refused even to look through a telescope:

My dear Kepler, I wish that we might laugh at the remarkable stupidity of the common herd. What do you have to say about the principal philosophers of this academy who are filled with the stubbornness of an asp and do not want to look at either the planets, the moon or the telescope, even though I have freely and deliberately offered them the opportunity a thousand times? Truly, just as the asp stops its ears, so do these philosophers shut their eyes to the light of truth.[4] 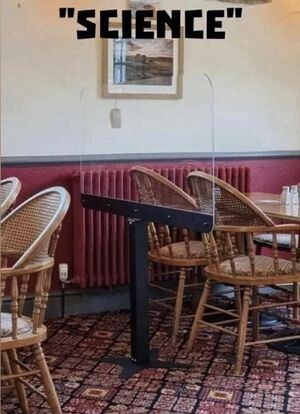 "Following the science" Was used as a reason for government actions during COVID-19, during which the phrase was used as a bullying technique, i.e. "just shut up and obey", potentially leading to horrific results, as decisions rammed through with scientific justifications often turn out to be disastrous in hindsight.

“Antiscience has emerged as a dominant and highly lethal force, and one that threatens global security, as much as do terrorism and nuclear proliferation. We must mount a counteroffensive and build new infrastructure to combat antiscience, just as we have for these other more widely recognized and established threats... Antiscience is the rejection of mainstream scientific views and methods or their replacement with unproven or deliberately misleading theories, often for nefarious and political gains. It targets prominent scientists and attempts to discredit them.”
Peter Hotez (March 29, 2021)  [5]

The Illusion of Evidence Based Medicine

In an interview with Leemon McHenry (PhD) in the Journeyman Pictures series: Perspectives on the Pandemic, he relates his experience with medical journals and their conduct. He details ghostwritten studies, captured legislators, revolving-door regulatory agencies, pay-to-play agreements, and "key opinion leaders" who lend their academic credentials to corporations for a price.[6] His book was published in mid 2020.[7]