Ole Dammegård has suggested that maybe 5,000-6,000 people are behind almost all the major strife of the modern world. He highlights the importance of Operation 40 in modern Deep Politics. He has suggested that the CIA may have assassinated many more people than is commonly known, including prominent peace activists such as John Lennon and Bob Marley.[1]

Ole Dammegård was born in Copenhagen, Denmark and moved to Sweden aged 8.[2]

In 1983, he started researching the assassinations of John F. Kennedy, Martin Luther King and Robert Kennedy[2] (all 3 of appear to have been carried out by the same, Operation 40-connected group for the US deep state). After Olof Palme was assassinated, he began looking into that assassination.

In 2019, he suggested that freedom of movement might soon be heavily restricted. Dammegård blames the MICC for the assassination of Olof Palme.[3] 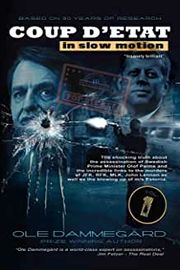 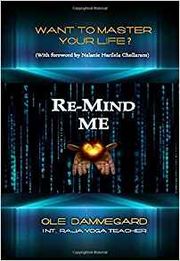 Dammegård published Coup d'etat in slow motion on 31 August 2015,[4] which is a definitive reference on the assassination of Swedish prime minister Olof Palme in 1986. He has also done ground-breaking research on the terrorist attacks in Norway on 22 July 2011.[5]

He also published Yolanda Yogapanda: Truth is One - Paths Are Many[6] and Re-Mind Me: Become the Master of your Life[7] He also designed Zen Gardner's 2015 You Are the Awakening.[8]

A Document by Ole Dammegård