A mini-nuke is a nuclear bomb that generates a smaller explosion than those that are mounted on rockets. These devices are also called "suitcase nuclear device", "backpack nuke" or "pocket nuke". They are in the range of what is referred to as tactical nuclear weapon.

In 2001 UPI reported that Alexander Lebed testified in 1997 before a section of the House Armed Services Committee, that "perhaps 100 small nuclear devices were missing from inventories under his control".[1] However, Siegfried S. Hecker, for the Los Alamos National Laboratory in a 2002 Russian-American Workshop, organized by National Research Council and Russian Academy of Sciences, found, that: "the dissolution of the Soviet Union with the consequent loss of order and central government control, especially in the early 1990s, raised the specter of theft or diversion of nuclear weapons or weapons-usable materials from the nuclear complex of the former Soviet Union. Although the “loose-nukes” concern received much play in the American media, it appears overblown. There is no evidence that Russia has lost control of any weapons in its nuclear arsenal.".[2] 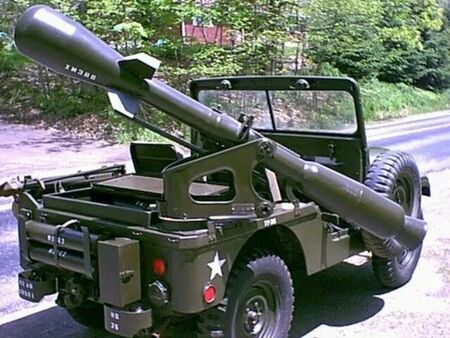 In the book The Mini-nuke Conspiracy[3], Peter Hounam and Steve McQuillan said apartheid South Africa had produced "about potentially 24 -- that's atomic weapons, thermonuclear weapons and so on. Then on top of that, there were many hundreds built of small tactical nuclear shells - over 1,000." The authors said that South African scientists had developed a chemical similar to "red mercury," a substance said to have been produced in the Soviet Union to make possible the manufacture of football-sized nuclear warheads.[4] (The actual existence of [red mercury] has never been proven, and is considered a hoax by many).