In the "Decline and fall" section, Wikipedia used at least to note the 'claim' that the coup received support from the CIA. By May 2013, it instead noted that "Nkrumah believed that the CIA had supported the coup, but this accusation was based off forged evidence given to him by the KGB. No documentary evidence exists implicating the United States in the coup."

The claim that "no documentary evidence exists implicating the United States in the coup" is belied by US government published documents that (even in the unredacted parts) state that they were seeking to end Nkrumah's rule, and were discussing a coup d'etat. 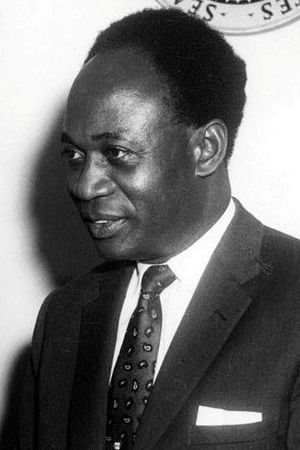 +
Has image2
File:Kwame_Nkrumah_(JFKWHP-AR6409-A).jpg +
Has noRatings
0 +
Has objectClass
Person +
Has objectClass2
Person +
Has posting
President of Ghana +, Prime Minister of Ghana +  and Prime Minister of the Gold Coast +
Has religion
Baptized +
Has revisionSize
1,897 +
Has revisionUser
Robin +
Has spouse
Fathia Rizk +
Has wikipediaPage
https://en.wikipedia.org/wiki/Kwame Nkrumah +
Has wikipediaPage2
https://en.wikipedia.org/wiki/Kwame_Nkrumah +
Is stub
true +
Has subobject"Has subobject" is a predefined property representing a container construct and is provided by Semantic MediaWiki.
Kwame Nkrumah +, Kwame Nkrumah +, Kwame Nkrumah +  and Kwame Nkrumah +