Fred Luchsinger was a journalist and chief editor of the Neue Zürcher Zeitung. He attended a Zurich meeting of Le Cercle in 1980.

Fred Luchsinger went to the Literargymnasiums Kantonsschule in St. Gallen, and then studied History and Philosophy in Zurich and Basel. He was a doctoral student of Werner Kaegi and in 1948 completed his thesis on the Basler Buchdruck als Vermittler italienischen Geistes.

In 1949, Luchsinger volunteered at the foreign desk of the Neue Zürcher Zeitung (NZZ), becoming their correspondent for Germany from 1955 to 1963. His criticism of the German government's policy and of Chancellor Konrad Adenauer contributed to the reputation of the NZZ in Germany.

In the Autumn of 1963, Luchsinger returned to Zurich as a foreign editor. In 1966 he took over the management of the foreign desk and in 1968 he was named as successor to Willy Bretscher, the chief editor of the NZZ. In this capacity, he refashioned the NZZ as a modern newspaper. He retired in 1984.

Luchsinger was a member of the Executive Board of the Free Democratic Party of the Canton of Zurich and the Board of Trustees of Pro Helvetia. In the Swiss army, he wore the rank of Major. In 1981 he was awarded the Great Cross of Merit, and in 1985 the Freedom Prize of the Max Schmidheiny Foundation at the University of St. Gallen. 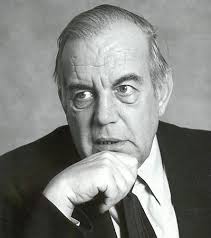