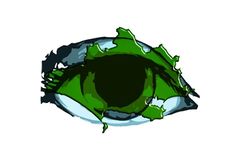 In its own words:
"We are a media with a difference. Instead of a newspaper or magazine telling you what the news is, this online magazine lets you determine what the news is. You send and we publish!"

Dorset Eye was launched on 1st June 2012 by a small group of people including Jason and Debbie Cridland who share a common passion for enabling people to have a voice that can and should be heard: "We have no party political allegiance; no religious affiliations and no corporate owners pulling our strings. Just a group who prefer to see people welcomed through open doors and not restrained and constrained by those who would prefer to keep us at arms distance. What is going on within the communities? If we can benefit by sharing – then let’s submit and do just that."[1]

Campaign Against Antisemitism has uncovered disturbing content on the Dorset Eye. An article apparently written by Jamie Stern-Weiner, in the “Anti-racism” section, defended the disgraced and suspended Labour and Momentum activist Jackie Walker. Stern-Weiner wrote that “The antisemitism allegations against Walker are devoid of factual basis.” Another article defended Ken Livingstone’s claim that Hitler supported Zionism. The author, named as Tim Nicholls, wrote that “I have checked, and he is right…To state this is simply a matter of fact and not a demonstration of antisemitism.”

Dorset Eye also ran an article under the name Harry Paterson headlined: “Rockets Into Israel Are The Legitimate Resistance Of A Desperate People”, justifying the firing of rockets into Israel by the genocidal antisemitic terrorist group Hamas. Another, referring to Israel’s invasion of Gaza, posts a piece titled “Dedicated to Israeli foreign policy in Gaza: Dead Kennedys – I Kill Children” dedicates the piece to “the people in Israel…” features a music video and quotes the lyrics “I kill children, I love to see them die”, appearing to invoke the blood libel. While on their “Links” page, there is a link to Press TV which has a history of spreading antisemitic conspiracy theories and is affiliated with Islamic Republic of Iran Broadcasting (IRIB).

In another piece titled “Gaza, The Merchant Of Venice and the Nazification of Israel” the author, Chris Stone, says: “…yes, I will say it. Israel is becoming like a Nazi state”, and in turn links to articles claiming “The Zionist dream is based on the repeated slaughter of innocents.”

It is unacceptable for a community website and resource which purports to have a warm and fuzzy image to publish antisemitic articles that clearly breach the International Definition of Antisemitism, as adopted by our government and the Labour Party. Campaign Against Antisemitism condemns the use of the Dorset Eye as a cover for the dissemination of hateful material.[2] 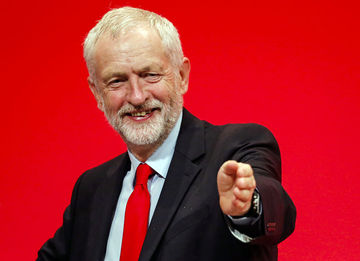 An email from Edward to Jeremy Corbyn:

I appreciate that you are extremely busy and I do hope that you eventually find the time to read this.

My name is Edward and the first time that you ever came into my sphere was around 2 years ago, when you gave your pre-leadership election speech in Liverpool.

I have always voted Labour, before you came, because I believed that as an openly gay man from the age of 16, that Labour would defend my rights as a human being. I came out aged 16 in 1986, I come from Surrey, as you know a Tory heartland, and with Tory voting Daily Mail reading parents, whom I love very much. I actually thank them in hindsight for buying the Daily Mail as it cemented my utter disgust of, and my lifelong opposition to, the Conservative Party.

But, back to the point, I heard you speak. It was a light-bulb moment for me.....I never realised that I was a Democratic Socialist, your speech was an awakening of my true political identity, and of just how important that identity is. Here was a politician that for the first time in my life, I believed in and trusted in completely.

I spend every day campaigning on your behalf, and I must confess, I am up until the early hours such is my support for you, for what you offer this country. It's salvation from what is the most horrific political epoch I have ever witnessed. I thought that Thatcher was bad, that we would never see her like again, but May, she is 10 times worse.

What makes me so anxious, and so angry, is the treatment of our vulnerable citizens. The elderly, left to rot, taking up hospital beds because of the draconian cuts in Social Care.....4 million children in poverty, the return of Victorian era disease.....disabled people dying, committing suicide....the amount of homeless on our streets....there is a litany of horror after horror. I live everyday in anxiety. How can this corrupt, evil government get away with it? Surely this is Gross Negligent Manslaughter?

On the bright side I am very lucky to have met a fantastic partner. He is a paralegal training to be an Attorney. He is British of Afro-Caribbean descent, and he's my best friend and soul mate. We laugh a lot together. Plus he's very handsome so that helps.

I just wanted you to know that I think you are an amazing fellow. You have so much energy, and when you have the full weight of the media and establishment against you, I often wonder how you cope......because it upsets me very much, the vicious unfairness of it. I will fight to my last breath for you and what you represent for this country, and the future of its children.

I do feel that we are on the road to Fascism and autocracy in this country under this wholly corrupt Conservative Government, it terrifies me and I am fully aware and alert to the fact that this is the General Election of my lifetime, of our lifetime. It is pivotal, so much depends on it, so much is at stake. I have your back Jeremy, I have never faltered or wavered in my support for you, and I never will.

Just as an after thought, after 30 years of nagging my Mum and Dad....last year they finally stopped reading the Daily Mail and started reading the Times instead (not much of a mark up I know....but something!)....now I am trying my hardest to challenge them in their hypnotic belief in the TV and newspapers.....I get so passionate and urge them to stop thinking about themselves and to think about their children and their grandchildren. It's an uphill battle but I won't give up, just as I won't give up campaigning on Social Media, blogging and designing memes, and attending my CLP meetings.

If you are interested (and Heavens knows have the time!) here is one of my recent blog posts: Portugal's new Socialist Government's anti-austerity agenda tackles the budget deficit.

Plus a picture of my partner and myself on holiday a couple of years ago.

The following video exposes the truth behind the hijacking of the Labour Party by establishment figures who did not want the recognition of Palestine or the City of London corruption to be reigned in, amongst many other policies aimed at making the UK a nicer and fairer place to live.

For centrists this may be a hard watch but they must face the truth now to avoid another defeat at the next election. Only a united front against the toxic infiltrators can cleanse the Party and the country.[4]

All 6 articles revealing the corruption and damage to democracy by the Labour right wing infiltrators… can be found right here:

A document sourced from Dorset Eye