He later reiterated his original opinion about the destruction of WTC7.[1]

Alan Sabrosky said in a radio interview in 2010, that his skepticism of the official 9-11 story was prompted by Danny Jowenko's testimony.[4] 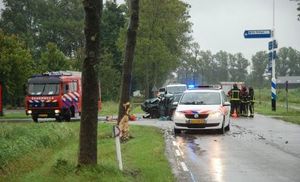 The site of Danny Jowenko's death

He died in a single car crash on a straight road in the village of Serooskerke, the Netherlands, on 16th July 2011.[6]