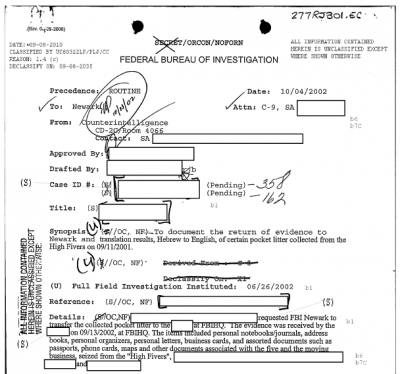 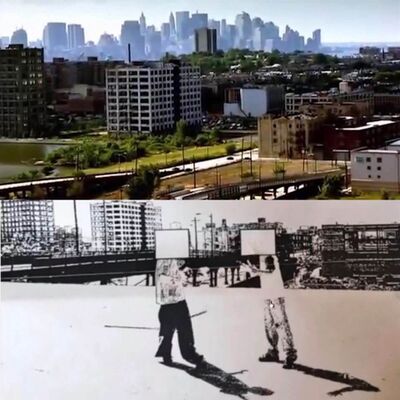 The below image was published in 2019 after being revealed by FOIA.[13] 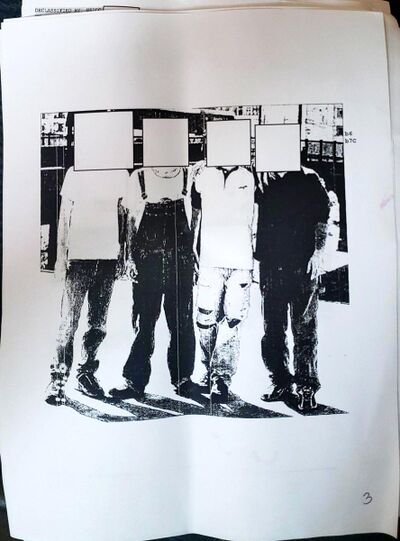 "Of the 76 pictures that were found on the cameras, the FBI has chosen to release only 14 heavily redacted versions which make it impossible to determine the expressions on each individual's face and also makes it impossible to tell what is going on in the background (i.e. are the Twin Towers burning?). It is also important to note that the FBI had previously declared that the photos had been destroyed in January 2014."[14] Although the faces are redacted, they fit with the story that the men appeared to have had foreknowledge and seemed unworried about the event.[15]

Three of the group later appeared on an Israeli talk show (with the other two in the audience)[citation needed]. They denied being happy about the events of 9-11, and did not accept responsibility for the event, but made the enigmatic claim that they were in New York that morning "to document the event".[16]