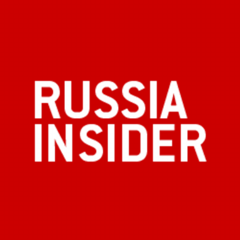 
In its own words:
"Taming the corporate media beast"

Russia Insider, a news website launched in September 2014, reports on political and social affairs and claims to provide an alternative view to the mainstream news about Russia and country-related issues.[1] The website was founded and is driven by its editor Charles Bausman and volunteer contributors, at the beginning almost all based in Moscow,[2] reportedly to promote a better understanding of Russia. The website collects ('aggregates') news articles already published other places.

A change in editorial line around 2015 (with accusations of the whole Russia Insider being a honey trap by US intelligence services) led to a decided narrower focus on what was chosen for publication. Marko Marjanović, who previously was one of the editors of the site, left and set up his own news aggregator, the excellent anti-empire.com, and several earlier enthusiastic participants like the analyst the Saker, started boycotting the site.