From Wikispooks
(Redirected from KPFA)
Jump to navigation Jump to search

Pacifica was founded in 1946 by pacifists E. John Lewis and Lewis Hill. During World War II, both of them had filed for conscientious objector status. After the war, Lewis, Hill and a small group of former conscientious objectors created the Pacifica Foundation in Pacifica, California. Their first station, KPFA in Berkeley, commenced broadcasting in 1949. By 1977, the network had added WBAI in New York City, KPFK in Los Angeles, WPFW in Washington, DC, and KPFT in Houston.

Dissatisfied by the control of organised money over Pacifica, Lyn Gerry started Radio4All.net, the internet's first place where content producers could exchange MP3s for free.

In 2018, KPFA’s cancelled Guns and Butter, a public affairs show hosted by Bonnie Faulkner that had run weekly on KPFA-FM since 2001, after a presentation by Alan Sabrosky on The Impact of Zionist Influence in the U.S.. The management notification of cancellation gave the reason as "your uncritically airing of views by a holocaust denier, climate denial and casting the Parkland mass shooting survivors as crisis actors."[1] 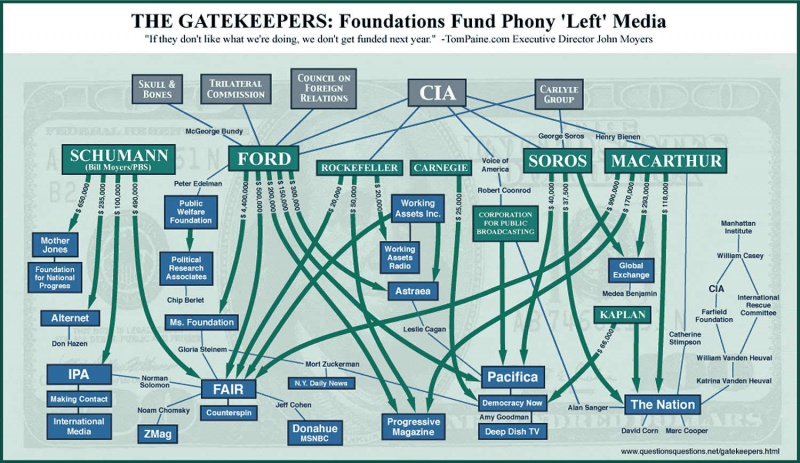