Crisis actors are people who portray victims in training exercises, such as "terror drills". Their importance for this website lies in claims that some purported acts of "terrorism" such as mass shootings may in fact involve crisis actors.

Wikipedia stated as of June 2019 that "In the United States, the term has been used by conspiracy theorists who claim that all mass shootings and other disasters are staged, and victims and their families are being played by crisis actors."[1]

Even crisis actors get sick 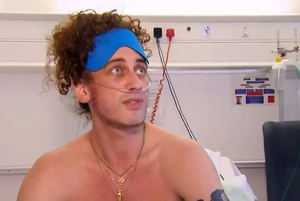 Roche has "Casualty Simulation training” on his CV[2]

On July 7th, 2021, a man called Matthew Roche appeared on ITV’s Good Morning Britain live from his hospital bed.[3] He was suffering from Covid, and his message to the people was simple: "I was like ‘I am going to get the vaccine but I would like to see what happens in regards to side effects […] No one takes it as seriously until they have had it."

Interestingly, Roche is fully qualified in “Casualty Simulation training” and has appeared in multiple training exercises for mass casualty events.

As OffGuardian points out[4]: "Even crisis actors get sick. He may have developed a real respiratory infection and would then in all likelihood have had a meaningless PCR test that happened to return positive, which of course would instantly make him ‘sick with covid’. He may then, while lying in his sick bed, have attracted the attention of a passing TV news crew who stopped to ask him about his story, which just happened to dovetail perfectly with current propaganda.