Document:With Brexit, the UK has achieved the gold standard of self-harm 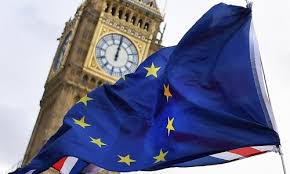 ★ Start a Discussion about this document
With Brexit, the UK has achieved the gold standard of self-harm

As with another self-inflicted economic injury in the 1920s, Britain is struggling under a burden that could be reversed

In my last column[1] I suggested that Brexit is the biggest act of self-harm inflicted on the British economy since the return to the gold standard in 1925.[2] Even arch-Brexiter Jacob Rees-Mogg has recently admitted that implementing the next stage of the bureaucracy associated with Brexit would be an “act of self-harm”. I did not make that up.

As Minister for Brexit Opportunities he has the sisyphean task of searching for such opportunities. One of the few he is reported to have come up with is the chance to abandon EU rules on the manufacture of vacuum cleaners, thereby making them more powerful and less environmentally friendly. I am not making that up either.

Why is the cartoonists’ favourite Lord Snooty character having such problems? The answer is staring him and British business in the face: Brexit is proving an unmitigated disaster and having a seriously deleterious impact on the economy. It is aggravating the inflation problem and having such a drastic impact on output, and hence living standards, that the Organisation for Economic Co-operation and Development forecasts the UK will next year be the worst-performing economy in the G20 apart from, er, Russia.

Our dreadful prime minister – still in place at the time of writing – talks of growth and investment. But the truth is that investment has collapsed under Brexit, a development that is hardly a signal for growth.

As the saying goes, “those whom the gods wish to destroy they first make mad”. When the Conservative chairman of the Commons Defence Select Committee, Tobias Ellwood, recently pointed out that the answer to repairing the economic damage the UK has inflicted on itself, as well as to the otherwise intractable problem of the Northern Ireland protocol, would be to rejoin the single market, he was howled down by his fellow Tory MPs.[3] And the Labour Party is being utterly craven in refusing to address the Brexit issue head on.

The Brexit brigade, and those who are scared of them, need to get into their heads something of which Lord (Charles) Powell, Margaret Thatcher’s closest adviser for many years, reminded his audience at a meeting last week of the Wimbledon Philosophical Society.

He said that at no stage, despite all her frustrations with the EU and her many battles (which she won!) did Thatcher ever want to leave the EU. Unfortunately, her soi-disant Eurosceptic disciples misunderstood or misrepresented her opposition to the centripetal tendencies of the EU. They were too naive to appreciate that, after a combination of the work of Thatcher herself, and prime ministers John Major and Gordon Brown (especially when the latter was chancellor) the UK enjoyed, in the words of George Soros, “the best of both worlds” in its membership of the EU.

Unfortunately, the Brexiters managed, with a fair degree of chicanery, to deceive a narrow majority of those who voted in that fateful referendum to opt to leave.

Now, back to the return to the gold standard in 1925. The economic significance of that was that it involved a gross overvaluation of the pound and had a drastic impact on our exports and output, thereby aggravating the unemployment crisis of the 1920s. It was a decision Winston Churchill, Tory chancellor in 1925, regretted for the rest of his life. However, it did no good for the fortunes of Ramsay MacDonald’s Labour government of 1929-31.

But, but, but … it was reversible. Events in the foreign exchange market forced the UK off the gold standard in 1931, under what was by then the National Government. The Labour politician Sidney Webb famously declared afterwards:

“Nobody told us we could do that.”

Brexit, too, is reversible. It is no good Lord Mandelson advising the Labour Party that its effects can be “mitigated”; or believing that Labour, if elected, can “make Brexit work”. Brexit isn’t working, and it is not obvious that it can ever work.

Commentators keep asking: what is Labour’s plan? Well, I can offer a plan: Labour should take the ball and run towards an open goal. It should be highlighting every day the damage that Brexit is inflicting on this benighted country, and the reasons why: the Brexit Conservatives! (This damage is manifested in, among other things, the recent fall of the pound. There is a difference between the damaging effects of an overvaluation of a currency, a la 1925, and a plunge like the current one, which makes the nation poorer.)

Labour’s approach to Brexit seems to be, in Suetonius’s words, to “hasten slowly” (festina lente) towards a rapprochement with the EU. In my opinion it should hasten fast, while Johnson’s reputation, like the bankrupt in Hemingway’s "The Sun Also Rises", goes broke “two ways: gradually, then suddenly”.[4]