Document:We are the war criminals now 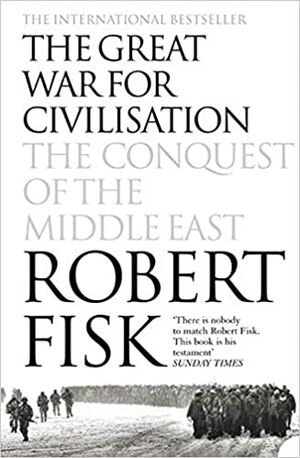 We are becoming war criminals in Afghanistan. The US Air Force bombs Mazar-i-Sharif for the Northern Alliance, and our heroic Afghan allies – who slaughtered 50,000 people in Kabul between 1992 and 1996 – move into the city and execute up to 300 Taliban fighters. The report is a footnote on the television satellite channels, a "nib" in journalistic parlance. Perfectly normal, it seems. The Afghans have a "tradition" of revenge. So, with the strategic assistance of the USAF, a war crime is committed.

Now we have the Mazar-i-Sharif prison "revolt", in which Taliban inmates opened fire on their Alliance jailers. US Special Forces – and, it has emerged, British troops – helped the Alliance to overcome the uprising and, sure enough, CNN tells us some prisoners were "executed" trying to escape. It is an atrocity. British troops are now stained with war crimes. Within days, The Independent's Justin Huggler has found more executed Taliban members in Kunduz.

The Americans have even less excuse for this massacre. For the US Secretary of Defense, Donald Rumsfeld, stated quite specifically during the siege of the city that US air raids on the Taliban defenders would stop "if the Northern Alliance requested it". Leaving aside the revelation that the thugs and murderers of the Northern Alliance were now acting as air controllers to the USAF in its battle with the thugs and murderers of the Taliban, Mr Rumsfeld's incriminating remark places Washington in the witness box of any war crimes trial over Kunduz. The US were acting in full military co-operation with the Northern Alliance militia.

Most television journalists, to their shame, have shown little or no interest in these disgraceful crimes. Cosying up to the Northern Alliance, chatting to the American troops, most have done little more than mention the war crimes against prisoners in the midst of their reports. What on earth has gone wrong with our moral compass since 11 September?

Perhaps I can suggest an answer. After both the First and Second World Wars, we – the "West" – grew a forest of legislation to prevent further war crimes. The very first Anglo-French-Russian attempt to formulate such laws was provoked by the Armenian Holocaust at the hands of the Turks in 1915; The Entente said it would hold personally responsible "all members of the (Turkish) Ottoman government and those of their agents who are implicated in such massacres". After the Jewish Holocaust and the collapse of Germany in 1945, Article 6 (c) of the Nuremberg Charter and the Preamble of the UN Convention on Genocide referred to "crimes against humanity". Each new post-1945 war produced a raft of legislation and the creation of evermore human rights groups to lobby the world on liberal, humanistic Western values.

Over the past 50 years, we sat on our moral pedestal and lectured the Chinese and the Soviets, the Arabs and the Africans, about human rights. We pronounced on the human-rights crimes of Bosnians and Croatians and Serbs. We put many of them in the dock, just as we did the Nazis at Nuremberg. Thousands of dossiers were produced, describing – in nauseous detail – the secret courts and death squads and torture and extra judicial executions carried out by rogue states and pathological dictators. Quite right too.

Yet suddenly, after 11 September, we went mad. We bombed Afghan villages into rubble, along with their inhabitants – blaming the insane Taliban and Osama bin Laden for our slaughter – and now we have allowed our gruesome militia allies to execute their prisoners. President George W. Bush has signed into law a set of secret military courts to try and then liquidate anyone believed to be a "terrorist murderer" in the eyes of America's awesomely inefficient intelligence services. And make no mistake about it, we are talking here about legally sanctioned American government death squads. They have been created, of course, so that Osama bin Laden and his men should they be caught rather than killed, will have no public defence; just a pseudo trial and a firing squad.

It's quite clear what has happened. When people with yellow or black or brownish skin, with Communist or Islamic or Nationalist credentials, murder their prisoners or carpet bomb villages to kill their enemies or set up death squad courts, they must be condemned by the United States, the European Union, the United Nations and the "civilised" world. We are the masters of human rights, the Liberals, the great and good who can preach to the impoverished masses. But when our people are murdered – when our glittering buildings are destroyed – then we tear up every piece of human rights legislation, send off the B-52s in the direction of the impoverished masses and set out to murder our enemies.

Winston Churchill took the Bush view of his enemies. In 1945, he preferred the straightforward execution of the Nazi leadership. Yet despite the fact that Hitler's monsters were responsible for at least 50 million deaths – 10,000 times greater than the victims of 11 September – the Nazi murderers were given a trial at Nuremberg because US President Truman made a remarkable decision. "Undiscriminating executions or punishments," he said, "without definite findings of guilt fairly arrived at, would not fit easily on the American conscience or be remembered by our children with pride."

No one should be surprised that Mr Bush – a small-time Texas Governor-Executioner – should fail to understand the morality of a statesman in the White House. What is so shocking is that the Blairs, Schröders, Chiracs and all the television boys should have remained so gutlessly silent in the face of the Afghan executions and East European-style legislation sanctified since 11 September.

There are ghostly shadows around to remind us of the consequences of state murder. In France, a general goes on trial after admitting to torture and murder in the 1954-62 Algerian war, because he referred to his deeds as "justifiable acts of duty performed without pleasure or remorse". And in Brussels, a judge will decide if the Israeli Prime Minister, Ariel Sharon, can be prosecuted for his "personal responsibility" for the 1982 massacre in Sabra and Chatila.

Yes, I know the Taliban were a cruel bunch of bastards. They committed most of their massacres outside Mazar-i-Sharif in the late 1990s. They executed women in the Kabul football stadium. And yes, lets remember that 11 September was a crime against humanity.

But I have a problem with all this. George W. Bush says that "you are either for us or against us" in the war for civilisation against evil. Well, I'm sure not for bin Laden. But I'm not for Bush. I'm actively against the brutal, cynical, lying "war of civilisation" that he has begun so mendaciously in our name and which has now cost as many lives as the World Trade Center mass murder.

At this moment, I can't help remembering my dad. He was old enough to have fought in the First World War. In the third Battle of Arras. And as great age overwhelmed him near the end of the century, he raged against the waste and murder of the 1914-1918 war. When he died in 1992, I inherited the campaign medal of which he was once so proud, proof that he had survived a war he had come to hate and loathe and despise. On the back, it says: "The Great War for Civilisation". Maybe I should send it to George W. Bush.