Document:The Massive PSYOP Employed against Ukraine by GCHQ and NSA 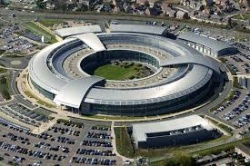 It was only a matter of time. The National Security Agency's British FIVE EYES partner, the Government Communications Headquarters (GCHQ), has now made common cause with another creation of British intelligence, the Tavistock Institute of Human Relations in London. From the time of its creation in 1921 under the aegis of the British Army's Bureau of Psychological Warfare to the present time, the Tavistock Institute has been at the forefront of research into and application of targeted and mass mind control techniques. The Institute has cooperated with research entities, including the Stanford Research Institute (SRI) and Esalen Institute in the United States, that carry out psychological operations on behalf of the Central Intelligence Agency and Department of Defense.

The latest tranche of PowerPoint slides revealed by NSA whistleblower Edward Snowden [1] shows the similarities between the GCHQ's Joint Threat Research Intelligence Group (JTRIG)'s Human Science Operations Cell (HSOC). The very name «Human Science Operations» appears yanked right from the operational charter of the Tavistock Institute, which includes the ability to engage in «full spectrum domination» by US and UK intelligence services, in other words, the two core members of the FIVE EYES alliance.

What is most alarming about the most recent disclosure of slides marked "SECRET//SI//REL TO USA. FVEY" [Special Intelligence, Releasable to USA and FIVE EYES] and "UK TOP SECRET STRAP" is that the FIVE EYES signals intelligence alliance of the United States, Britain, Canada, Australia, and New Zealand are adding psychological operations (psyops) and Tavistock-developed mind control operations to its traditional signals intelligence (SIGINT) role. The blending of SIGINT and human intelligence (HUMINT) as part of cyber-warfare and computer network exploitation (CNE), with little or no actual oversight from legislative oversight authorities, is the closest proof revealed to date that the NSA and its partners have embarked on a policy of instituting «1984» Big Brother controls using the Internet as a primary weapon.

The latest tranche of slides points to a number of deception programs being carried out on the web. These include alias development and masquerading (which includes the employment of «sock puppet» personae already in use by the US military to disrupt and influence the Internet), mass messaging (or spamming) and «call bombing,» propaganda, and «pushing stories».

Refinements since the 'Arab Spring'

These tactics have been refined since the CIA and its George Soros-financed non-governmental organization activist allies brought about the «Arab Spring» overthrow of governments in Egypt, Tunisia, Libya, and Yemen, as well as the bloody civil war in Syria. In Ukraine, the democratically-elected government of President Viktor Yanukovych fell more quickly than either Egyptian President Hosni Mubarak or Libyan leader Muammar Qaddafi simply because the Western corporate media fully cooperated in FIVE EYES efforts to activate armies of sock puppets with aliases who disseminated anti-Yanukovych propaganda and, with the assistance of the global corporate news media, «pushed stories». In the case of Ukraine, the «pushed stories» were products of CIA, NSA, GCHQ, British MI6, and Communications Security Establishment Canada (CSEC) propaganda mills working in close collaboration with such intelligence agency fronts as Soros's Open Society Institute, Freedom House, Hudson Institute, Center for Strategic and International Studies (CSIS), Heritage Foundation, and Demos of the UK.

Western intelligence agencies «pushed stories» through the use of Twitter, Facebook, Flickr, and Youtube. These applications are part and parcel of GCHQ and NSA Computer Network Information Operations (CNIO). Outside the realm of technological warfare, JTRIG admits that it employs «credential harvesting» against «foreign news agencies». In fact, spies and provocateurs masquerading as spies were not only discovered filing phony news reports from Ukraine but also from Venezuela during simultaneous anti-government rioting in that country. Fake journalists were also exposed in Egypt, Thailand, China, and Russia.

Two GCHQ programs that were likely used to bombard news organizations with propaganda from the Western-financed Ukrainian opposition are code named INFINITE CURVATURE and MOUNTAIN SLOPE. Without independently verifying what was being disseminated by text messages, email, fax, and phone calls, the global corporate media willingly re-broadcast and re-published FIVE EYES propaganda on the situation in Ukraine as fact. This included such canards as Russian special forces SPETSNAZ snipers shooting dead protesters in Kyiv's Maidan Square (actual reports had neo-Nazi Maidanovci agitators on Maidan Square shooting protesters with the intent that the government security personnel would be blamed), Yanukovych amassing a treasure of expensive paintings and sculptures in the manner of Muammar Qaddafi and Saddam Hussein (in fact, Yanukovych's tastes are more oriented toward kitschy bling than opulent extravagances), and that protesters were set on fire by police. As to the last item, the Associated Press transmitted a photograph of what was described as a protesters in Kyiv running away in flames. In fact, the «protester» was a Ukrainian policeman and his Ukrainian MBC police insignia could readily be seen on his uniform's left sleeve.

Where do JTRIG and its Tavistock-trained handlers obtain images, documents, and other information used for propaganda deception and disruption psyops? The answer is found in the latest released slides: the SALAMANCA database of information mined from the Internet. In addition, GHCQ and its NSA allies can target specific cell phones for propaganda dissemination through Target Geographic Identifiers (TGIs) assigned to particular cell phones. Such operations can also be used to disrupt the cell phones of targeted individuals through CNIO disruption.

JTRIG's slides point to how network operations are used to support intelligence operations in the field. These operations are identified as infiltration, ruse, set-piece, false flag, false rescue, disruption, and sting. In the case of Ukraine, Western overt and covert agents infiltrated the demonstrators at Maidan Square. In some cases, counter-CNIO operations can be successful against Western intelligence agencies. One video from Maidan Square showed Ukrainian Bercut special police detaining a man who was carrying an 2012 expired International Police Association (IPA) membership credential in the name of Oleksandr Boiarchuk, in addition to an IPA Ukraine chapter badge. IPA stands accused of being a front for Western intelligence agencies.

The firing by neo-Nazi snipers on Maidan Square demonstrators qualifies as both a ruse and false flag operation. The overall goal of such an operation was to blame Ukrainian security personnel for the shooting deaths of demonstrators and, as far as the Western media was concerned, the ruse and false flag was successful. One media organization after another likened the shooting deaths to the Tiananmen Square massacre of 1989 and Yanukovych was likened to Saddam Hussein and Qaddafi, both of whom fell victim to early embryonic computer network information operations…

The Ukraine operation was also in many ways a set-piece operation. A set-piece is a predictable operation that has been successfully employed in the past. Certainly, the Maidan Square uprising was almost a carbon copy, but with much more violence, of the Western-engineered 2004 Orange Revolution in Ukraine. The same template, developed by the CIA-financed OTPOR provocateurs against the government of Slobodon Milosevic in Serbia and refined by the Center for Applied Non-Violent Action and Strategies (CANVAS), was used in «themed revolutions» in Georgia, Iran, Egypt, Tunisia, Syria, Venezuela, Burma, Maldives, Thailand, and other countries, as well as in the latest coup d'etat in Ukraine.

Disruption operations were also used at an early stage in Ukraine chiefly by the Soros- and Zionist-funded FEMEN movement, an anti-Christian and anti-Muslim group that works closely with Pussy Riot and Voina social order disruptors in Russia. Attacks by FEMEN on symbols of Christianity in Ukraine helped spark the social disorder that ultimately led to the rioting in central Kyiv. Neo-Nazi and extreme right-wing Ukrainian nationalists became agitated by the attacks on Christian crosses and churches in the country and cited the overt support that Zionist Jews like American Jed Sunden, an investor in Ukrainian media companies like the Kyiv Post, gave to FEMEN protesters.

Employing agents from neo-Nazi, Zionist, and nationalist factions is spelled out by one JTRIG slide, which calls for the «identification and exploitation of fracture points» in a targeted country, region, or other element. The intent of such exploitation is to create «tension» through the use of «pre-existing cleavages» and competing «ideological differences». These factors are coupled with «things that push a group together» like «shared opposition» and «common beliefs». These exploitation factors were of beneficial use in the type of successful intelligence operation that took place in Ukraine.

Other tactics employed by the Human System Analysis (HSA) Online Covert Action (OCA) personnel of GCHQ and NSA are the setting up of targets in «honey traps» (the use of lures who use sex to entrap targeted individuals); changing photographs on social networking sites using sophisticated Photoshop-lime techniques; establishing blogs purporting to be those of a target's victim or victims; and e-mailing and texting false and defamatory information to the friends, colleagues, and neighbors of a target. These tactics bring to the Internet familiar physical dirty tricks operations used in the past by human intelligence field agents.

Other areas where JTRIG and Tavistock have commonality are the use of herding and group dynamics to create group think among targeted audiences. The quickness by the general population to accept everything written and broadcast about the situation in Ukraine serves as a case in point. Only alternative media provided unbiased facts about what was occurring in Ukraine without the color of intelligence agency propaganda. However, JTRIG has a rapid response mechanism for alternate news reports: it calls for the use of conspiracy stories to influence thoughts and behavior. Either alternative news reports are derided as conspiracy theories by the GCHQ and NSA influence operations organizations or the intelligence agencies, themselves, put forward plausible-but-false conspiracy stories to muddy the waters.

JTRIG also relies on the Hofstede Dimensions of Dutch psychologist Geert Hofstede, which call for the employment of cross-cultural collectivism or group think to achieve psychological goals. Such practices represent pure Tavistock dogma. This, in addition to JTRIG's desire to perform cyber magic on the Internet, arrives full circle at Tavistock's reliance on the occult to extend its ability to mold opinions and behaviors across large swaths of the global population. Tavistock tactics were instrumental in manufacturing popular consent for World War II, the Cold War, the "Global War on Terrorism", the Balkans War, central African conflicts, and the two Western wars against Iraq. More recently, Tavistock methods, refined and employed by GCHQ and NSA, were used during the Arab Spring movement and the recent upheaval in Ukraine.

The melding of SIGINT, HUMINT, and Tavistock mind-bending technology represents a dangerous move by Western intelligence agencies into an arena that may suffer from tremendous blowback. The social disruption visited by the use of such practices in Libya and Syria resulted in civil war. Ukraine may also descend into civil war among competing nationalities and language groups in a manner similar to Yugoslavia.