Document:Manchester atrocity: UK government must come clean about its relationship with Libyan Islamists 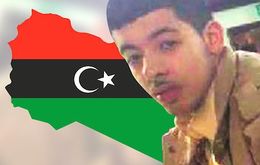 Manchester atrocity: UK government must come clean about its relationship with Libyan Islamists

The suicide attack on a concert hall in Manchester in which 22 people were killed and another 166 wounded throws light on Britain’s ill-conceived and dysfunctional policy towards Libya, past and present. While Muammar Gaddafi was in power, this policy drove the UK to welcome Islamists as potential tools to destabilise his regime, and since his ouster in 2011 it has seen it, along with the United States and the United Nations, push for dialogue with Islamists of the same ilk as those behind the Manchester atrocity.

The perpetrator of the Manchester atrocity, British-born Libyan Salman al-Abedi, 22, was not your bog-standard, homegrown terrorist: the prodigy of Muslim immigrants who failed to adjust to British culture or who had fallen under the wrong influence online or elsewhere. No, he is largely the outcome of the policy pursued by successive British governments – Conservative and Labour – towards Libya.

Salman al-Abedi did not hail from a typical family that had immigrated to Britain in search of a decent life. His father, Ramadan Belgasem al-Abedi, also known as Abu Ismail, had come with intent. His choice of country was quite deliberate. As a Libyan Islamist escaping from the Gaddafi regime, the UK welcomed him, and many like him, with open arms and gave him political asylum. He settled in Manchester, where about 10,000 Libyans, many of them Islamists, now reside.

In 1994, just two years after arriving in Britain, Al-Abedi senior joined the Libyan Islamic Fighting Group (LIFG), an affiliate of Al-Qaeda that is listed by the United Nations as a terrorist organisation. He quickly rose up in the organisation’s ranks, as shown by this document from Gaddafi’s intelligence service which puts him at number five in the LIFG.

In addition, Mr Al-Abedi senior, like many of his Islamist compatriots in Manchester, was naturally drawn to the Muslim Brotherhood. Together with his sons, he frequented the Didsbury mosque where he worked as muezzin, or prayer caller, and where his other son, Ismail – the Manchester bomber’s older brother – was a tutor at the mosque’s Qur’an school.

According to an independent group called Muslims In Britain, the Didsbury mosque is of a Salafi-Ikhwan, or fundamentalist-Muslim Brotherhood, orientation. The Brotherhood likes to portray itself to Westerners as a peaceful, democratic and law-abiding organisation. Suffice to say that one of its slogans includes the phrases “Jihad is our way. Dying in the way of God is our highest hope.”

The Didsbury mosque is also linked to organisations founded by Muslim Brotherhood ideologue Yusuf al-Qaradawi, who not only endorses suicide bombings, but also argues that apostates from Islam and those who defy Islamic culture should be immediately put to death. Among the mosque’s publications is a document entitled The special problems of females, which says that “God made boundaries for a man that he should have four wives” and that there is a ban on wives taking any form of employment.

At the Didsbury mosque, Al-Abedi senior became an associate of Sohail al-Ghariani, son of notorious Libyan cleric Sadiq al-Ghariani, spiritual leader of Libya’s Muslim Brotherhood who subsequently acted as cheerleader of the violent takeover of Tripoli by Islamist militias in 2014. Al-Abedi senior, the BBC reports, also supported the extremist Islamist cleric, Abu Qatada, and used to meet him in London.

So, it should have been obvious to anyone who wanted to see that Mr Al-Abedi senior was an unsavoury character who should never have been given a safe haven in Britain. But the British state welcomed him, and numerous other Libyans like him, with open arms, even though it knew who these people were and what they stood for. The reason was as cynical as it was shortsighted and counter-productive: Mr Al-Abedi and his comrades in the LIFG and the Muslim Brotherhood were potentially useful tools to deploy against the Gaddafi regime, even though they belonged to organisations that were a million times worse than anything Gaddafi represented.

With the father a member of Al-Qaeda throughout his children’s lives, and with Salman and his two brothers, Ismail and Hashem, immersed in the ideology of the Muslim Brotherhood and jihadism, it is little wonder that all three of Al-Abedi senior’s sons grew up to be terrorists. And it was not long before the British state was able to deploy them – or shall we say facilitate their deployment – and many other Libyan Islamists for the purpose for which they had been given a safe haven in the first place: as weapons against Gaddafi.

According to Middle East Eye, Britain “facilitated the travel of Libyan exiles and British-Libyan residents and citizens keen to fight against Gaddafi, including some who it deemed to pose a potential security threat”.[1] It cited the case of one British citizen of Libyan descent who had been placed on a control order, or house arrest, because of fears that he would join terrorist groups in Iraq but was nonetheless allowed to travel to Libya in 2011 to participate in the insurrection against the Gaddafi regime.

“I was allowed to go, no questions asked,” said the source, who wished to remain anonymous.

He said he had met several other British-Libyans in London who also had control orders lifted in 2011 as the war against Gaddafi intensified, with the UK, France and the US carrying out air strikes and deploying special forces soldiers in support of the rebels.

“They didn’t have passports, they were looking for fakes or a way to smuggle themselves across,” said the source.

But within days of their control orders being lifted, British authorities returned their passports, he said.

“These were old school LIFG guys, they [the British authorities] knew what they were doing,” he said…

Another Libyan Islamist cited by Middle East Eye, Belal Younis, described how he was virtually encouraged by the British to help bring down the Gaddafi regime. He said he was asked by an intelligence officer from Britain’s domestic security agency, MI5, whether he was “willing to go into battle?” He was told, he said, that the British government had “no problem with people fighting against Gaddafi”.

According to BBC correspondent Gabriel Gatehouse, during the anti-Gaddafi insurrection the Manchester bomber and his father fought with the Tripoli Military Council, which was headed by Abdelhakim Belhadj, the LIFG founder. Speaking on the BBC’s Newsnight TV programme, he said three different sources had told him that the Manchester bomber had travelled to Libya during the summer holidays while he was still at school:

“Like many at the time, they went in their school holidays in the summer. They finished school, they broke up, they went out to Libya,” Gatehouse said.[2]

Links to the UN-backed “government”

Sometime after the ouster of the Gaddafi regime Al-Abedi senior returned to Libya and, following the takeover of Tripoli by an alliance of Muslim Brotherhood, LIFG and organised crime militias in 2014, was appointed to security positions. According to The Independent, on the eve of his son’s atrocity in Manchester Al-Abedi senior worked as administrative manager of the so-called “Central Security force” in Tripoli, which is nominally under the control of the UN-backed “Government of National Accord” (GNA) but in reality is run by a mishmash of Islamist and organised crime militias on which the GNA completely relies.[3] Other reports say that, incredibly, he was head of Libya’s Interpol liaison bureau in the Libyan capital.

As news of the Manchester bomber’s identity reached Libya, Al-Abedi senior and his two sons, Ismail and Hashim, were reported to have been “arrested” in Tripoli by the so-called “Special Deterrence Force” – often referred to as Rada, Arabic for deterrence. This is a Salafist-leaning militia and is one of the main armed groups supporting the UN-backed “government”.

According to the risk consultancy SecDev, “the militia hardliners are mainly Madkhali Salafists, an Islamist ideology that refers to followers of the Saudi cleric Rabia bin Hadi al-Madkhali, who promotes a doctrine of obedience to a sitting political authority (wali al-amr)”. It is led by Abdul Raouf Kara who, SecDev says, is “a hardline Islamist with a fearful reputation and a Salafist vision for Libya’s future”. According to SecDev, Rada has been “accused of acting as a form of ‘moral police’ enforcing conservative dress and behaviour on Tripoli’s civilians and using brutal intimidation rather than focusing on tracking terrorist groups”. So, one can reasonably surmise that, rather than being arrested, the Manchester bomber’s father and two brothers had been taken into protective custody.

From a realpolitik point of view, one can see the logic, albeit cynical and shortsighted, behind the British policy of using potential terrorists to destabilise the regime of a longstanding foe-cum-distrusted friend, even though it is not quite clear how an Islamist regime could be better, in terms of Britain’s purported values, than that of Gaddafi, notwithstanding the brutality, arbitrariness and unpredictability of his regime. What is difficult to understand is Britain’s support for Islamist militias that ousted Libya’s elected government in 2014 and its present support for the UN-brokered outfit in Tripoli which is completely reliant on Islamist and organised crime militias, including Al-Qaeda.

Two years ago Joseph Walker-Cousins, a former British official who was based in Benghazi during 2011-14, wrote in an article in The Guardian entitled “Islamists are leading Libya to annihilation – and the West is letting them”:

Despite the remark by Philip Hammond, the British foreign secretary, that “there is no authority in Libya to engage with”, the Libyan parliament remains resolute in tribally secure Tobruk. The army and police, with whom we share security and commercial interests, are (albeit only just) containing the extremists in Benghazi. And the administration, backed by the Muslim Brotherhood, occupying Tripoli – with whom we have nothing in common – has been called out on its covert relationships with extremists.

The bottom line is: we can’t do business with the militias occupying Tripoli.[4]

That was in March 2015. Since then a new player has entered the scene, the UN-backed “government”, which exists in Tripoli courtesy of the Islamist and criminal militias blighting the Libyan capital and is riddled with jihadist, including those of Al-Qaeda. Yet Britain recognises it as the “government” of Libya.

The paradox was summed up by the prime minister of the elected government of Libya, Abdullah Thinni. In a statement condemning the Manchester atrocity, reported by Libya Herald, he said that the atrocity stemmed from the presence for decades of terrorist groups in the UK, including the LIFG, “which has been recruiting Libyan and Muslim youth in the UK and Europe and sending them to Libya and other countries to deliver terrorism and death”.[5] This, Thinni’s statement said, had been done with the knowledge and consent of the British government, which had provided a safe haven for the “father” of these terrorists who was now in Tripoli – possibly a reference to the Libyan Muslim Brotherhood spiritual leader, Sadiq al-Ghariani, or LIFG founder Abdelhakim Belhadj. However, despite continuous warnings from the Libyan authorities, the statement concluded, successive British governments and ambassadors had “insisted that we share power in Libya with these terrorist organisations and their militias, the LIFG and the Muslim Brotherhood”.

With so many innocent Britons murdered in Manchester, and reports that one of the terrorists who murdered seven innocent people in London on 3 June 2017, Rasheed Radwan, was Libyan, it is time the British government come clean about its deathly embrace of Islamists. That is the least it can do in memory of those murdered in Manchester and London, and the countless Libyans who have lost their lives at the hands of LIFG, Muslim Brotherhood and other Islamist militias since the overthrow of the Gaddafi regime.