Document:IMPRESS dismisses Mann's smears of antisemitism against Skwawkbox and The Canary 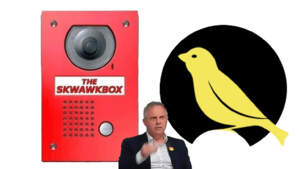 After more than 7 months of detailed examination, IMPRESS finds left publications acted entirely in accord with ethical journalism standards and dismisses lurid claims of ‘conspiracy theories’ and antisemitism, concluding there is nothing further to investigate.[1]

IMPRESS, the UK’s Leveson-compliant press regulator, has dismissed the lurid claims of an ‘academic’ report commissioned by right-winger and Tory-made peer John Mann – and reported on even more luridly by the right-wing Jewish Chronicle, which has frequently paid out large sums in damages for libellous attacks on the left – that tries to equate left media publications Skwawkbox and The Canary with right-wing extremists and antisemitism.[2]

Critics have long pointed out the contortions the report’s writers had performed in order to try to reach their conclusions – and the fact that even then the leaps of supposed logic were huge. For example, any indication that Israel or a ‘major Jewish organisation’ might have done something wrong was taken as a warning flag – as if Israel and major organisations are incapable of wrongdoing and can only be criticised antisemitically.[3]

The report concluded on its own basis that so-called mainstream media should be promoted at the ‘expense’ of non-Establishment sources ‘in the interests of reducing prejudice’. Mann, of course, used this conclusion to call for punitive measures and ‘enforcement powers’ against sites he is already on the record as disliking.

As would be expected of a proper independent regulator, IMPRESS decided on its own initiative that it should look into the claims of the report against two of the publications it regulates and contacted both Mann and the report’s two authors before spending some seven months looking at their claims.

And it has this week announced its findings: there is nothing further to investigate. Despite the report’s authors submitting nine more articles as ‘evidence’ for their claims than appeared in their report, both Skwawkbox and The Canary acted entirely within the bounds of ethical journalism.

And IMPRESS’s own report on the matter, which is now available on its website, notes that some of the ‘evidence’ submitted was about articles that were not even written by either Skwawkbox or The Canary:

"Of the 42 items considered, the Committee determined that 5 items were not within its remit to consider as they were… material not published by the relevant publishers or before the publishers had been regulated by IMPRESS”.

The report also noted that neither Mann nor the report’s authors submitted any complaint to IMPRESS about any of the articles in question. In an earlier case, in which Mann went after the University and College Union (UCU), the Tribunal dismissed the case, noting that Mann:

"told us that the leaders of the Respondents were at fault for the way in which they conducted debates but did not enlighten us as to what they were doing wrong or what they should be doing differently. He did not claim ever to have witnessed any Congress or other UCU meeting."

And when it came to antisemitism in the context of debate about the Middle East, he announced, “It’s clear to me where the line is …” but unfortunately eschewed the opportunity to locate it for us.

Both parliamentarians clearly enjoyed making speeches. Neither seemed at ease with the idea of being required to answer a question not to his liking.

And the IMPRESS Regulatory Committee, having communicated at length with Mann and the authors since early this year, concluded:

The IMPRESS Code enshrines the freedom of news publishers to investigate and report on significant events, policies and controversies, expose wrongdoing, challenge unfairness and satirise, and amuse and entertain, where they do so in accordance with ethical standards of journalism.

The Committee considered that the material is not sensationalist and does not use language that is likely to provoke hatred or put a person or group in fear, not does it appear to be intended to have that effect. Those that disagree with the Publisher’s views on subjects such as Zionism may find these views offensive, adversarial or provocative but this in and of itself does not rise to the level of threat to, or targeting of, persons or groups on the basis of their protected characteristics.

The IMPRESS decision is of course welcome, but I believe it was always clear that the motives of this whole charade were political and I’m not alone in that opinion. We warned back in 2019 when John Mann became a peer that the left media would be at the top of his hit list, including The Canary even though it was founded by Jewish journalists.[4]

Mr Mann, or Lord Mann as he likes to be called according to his Twitter handle, has a long record of enmity toward Skwawkbox and the left media, which have highlighted his own actions[5] and his own displays of contempt toward Gypsy Roma and Traveller people,[6] which caused them deep hurt and even led to him being interviewed by police.

Mr Mann should direct his energies to the very real antisemitism and Islamophobia that exists on the right – and not only the far right. The Labour right to which he previously belonged has a sorry record in its treatment of Muslims[7] and GRT communities.[8]

IMPRESS’s executive summary and full report can be found here.[9][10]