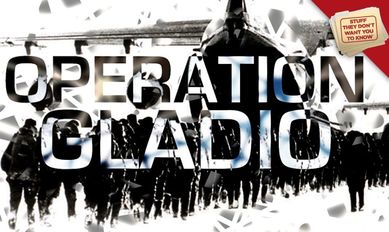 Europe has experienced another Islamic State of Iraq and the Levant (ISIL) terrorist attack. This time terrorists set off bombs at Brussels International Airport in Zaventem, a stone’s throw away from NATO headquarters, and the Maelbeek Metro station, in the heart of the European Union’s Brussels office building complex.

The Brussels attack was linked to the November 13, 2015 attacks in Paris, which targeted the Bataclan concert hall and restaurants and cafés in the heart of the city, as well as the Stade de France football stadium.

In almost a replay of the Paris attacks, the news media began reporting that the Brussels attack was carried out by two brothers – Ibrahim and Khalid el-Bakraoui – who were linked to the November 13 attacks in Paris. The November 13 attacks were, in turn, linked to the 7 January 2015 attacks on the Paris offices of the satirical magazine Charlie Hebdo and a kosher supermarket in the Paris suburbs. The 7 January attacks also involved two brothers – Cherif and Said Kouachi. Since all the sibling attackers died in suicide attacks, the media is bound to believe what law enforcement reports to them about the Paris I, Paris II, and Brussels attacks. One of the suicide bombers at Brussels airport was reportedly ISIL’s chief bomb maker in Western Europe, Najim Laachraoui, who is said to have made the suicide bomb-laden vests used in the Paris II attacks.

Just prior to the Brussels bombings, Belgian police swooped in on the person they said was the mastermind of the Paris II attacks, Salah Abdeslam. Abdeslam was captured in the largely Muslim-populated neighborhood of Molenbeek in Brussels, an area believed to have spawned a number of ISIL terrorists and guerrillas who have fought in Syria and Iraq.

There was some media speculation that Abdeslam began passing to the police details of ISIL’s plans for future terrorist attacks. Nevertheless, Turkish President Recep Tayyip Erdoğan, who, himself has suspicious connections to ISIL fighters in Syria, claimed that one of the Brussels terrorist brothers, Ibrahim el-Bakraoui, had been deported by Turkey to the Netherlands in July 2015, some four months before Abdeslam’s cell carried out the Paris attacks. Erdogan said that Turkey deported Ibrahim el-Bakraoui because he was a militant foreign fighter in Syria. Turkey has aided and abetted other militant foreign fighters, including terrorists, traveling to and from Syria, so why Erdogan singled out el-Bakraoui is a mystery. It also stands to reason that if Turkey was such a valued member of NATO, why did it deport a security threat to the Netherlands, also a NATO member?

And just as with previous terrorist attacks, the media reported that the Brussels attackers were previously known to European law enforcement and intelligence services. So, why were they able to carry out three successful major terrorist attacks in a year-and-a-half time period?

Pre-attack knowledge by the authorities of an alleged terrorist perpetrator was certainly the case in the Merah affair in March 2012. Mohammed Merah, a French national, was killed by French police after he was accused of killing three French paratroopers in Montauban and three students and a teacher at a Jewish school in Toulouse. It was later discovered that not only did the French Central Directorate of Internal Intelligence (DCRI) have a dossier on Merah but that it tried to recruit him as an agent. Merah traveled with ease to Afghanistan and Pakistan with the foreknowledge of French intelligence. The then-governing conservatives of President Nicolas Sarkozy and the opposition, now ruling, Socialist Party, conspired to cover up Merah's links to French intelligence.

The deadly 1980 attack on the Bologna train station in Italy began, in earnest, the modern era of using false flag attacks in waging asymmetric warfare. Although the Italian government and media originally blamed the bombing on leftist radical Italian guerrillas, it was, in fact, carried out by an underground fascist cell that obtained the bomb materials from hidden caches belonging to the secret NATO stay behind paramilitary network known generically as Gladio.

By blaming leftist guerrillas for various terrorist attacks in Europe, NATO was able to convince its members to host US offensive cruise missile systems and keep NATO tightly-bound as an agent for US foreign policy goals, including facing down the Soviet Union. Today, with Islamist terrorists replacing leftist guerrillas as NATO’s chief raison d’être, policymakers on both sides of the Atlantic have used the terrorist attacks in Brussels and Paris to call for an end to Belgium’s unruly federal system of two states – Flanders and Wallonia – within one. Belgium, the neoconservative-slanted policy wonks believe, would be better off with a strong central government and strong centralized intelligence and security forces. That NATO message is not merely for the attention of Flanders and Wallonia but also for separatists in Catalonia, Scotland, Corsica, Wales, Veneto, and other independence-minded regions within NATO borders.

NATO, on behalf of a personal data-hungry United States, also wants to see unfettered access by European and American intelligence and security services to databases on air travelers in Europe. European data protection officials have been reticent about sharing such personal data with the United States, particularly after the Edward Snowden revelations about how the US National Security Agency abuses such data.

The question must be asked: If Western European intelligence had advanced knowledge of Paris I, Paris II, and Brussels, why was preventive action not taken? If governments let it happen on purpose – or LIHOP – meaning, allow planned terrorist events to occur without disruption, those governments can rush their counter-terrorism wish list of massive surveillance and larger security and defense budgets into quickly-passed legislation amid the resulting climate of fear. No politician wants to be seen as weak on security, particularly after major terrorist attacks.

One such tell-tale sign of a false flag operation is the convenient discovery by police of evidence linking attacks to the perpetrators, be they unknowing double agents or patsies who believe in whatever cause has been dangled before them.

One sign of a false flag operation is that evidence linking the intended perpetrators to the crime scene is always conveniently discovered after the event. French police claim they were able to pin the Paris I attack on two Franco-Algerian brothers, Cherif and Said Kouachi, because Said, the eldest brother, left his French identification card in a black Citroen used as a getaway car. Police would not say whose identification card they found. Some French security experts warned that the ID card may have been purposely planted in the car to confuse the police. Police also conveniently found Molotov cocktails and Islamist jihadist flags inside the getaway car.

In the case of Brussels, a taxi driver who said he believed he picked up the Bakraoui brothers and Laachraoui in the Schaerbeek neighborhood of Brussels and drove them to Zaventem, contacted the police after the explosions. The cab driver recalled that it was suspicious that the three passengers did not want him to help them with their extremely heavy luggage. When the police raided the pick-up address, they found bomb-making chemicals, detonators, and a suitcase packed with nails and screws. Also discovered was the signature black and white ISIL flag. But there was another convenient clue found in a trash dumpster near the terrorist apartment: a computer with the last testament of Ibrahim el Bakraoui. The terrorist, who Erdogan insists was expelled from Turkey for his radical views, wrote that he was is in a rush, not knowing what to do, being looked for everywhere, not feeling safe and if this goes on, he risks ending up in a cell.

If Brussels goes according to script, the European Union will soon implement a draconian surveillance regime throughout Europe. Europeans will find their freedom of movement throughout the European space to be restricted while Europe continues to take in more migrants from the Middle East and North Africa. And among these migrants will be jihadists looking at carrying out more Paris- and Brussels-like attacks. And the European population will find themselves powerless in the face of such a vicious cycle of terrorist events and more migrants.