On 12 January 2022, French Police arrested a suspect in relation to the murders but was let go soon thereafter.[1]

Some of the commercially-controlled media reported Sylvain Mollier as a "passing cyclist".[2] Zaid al-Hilli (the brother of Saad) was arrested on suspicion of murder in June 2013 but was told in January 2014 he would face no further action.[3] 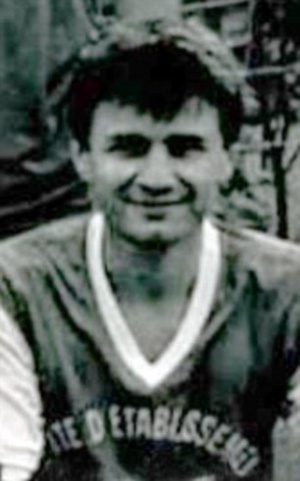 The first person shot was Sylvain Mollier, 45, who was shot seven times. Next were an Iraqi-born UK tourist named Saad al-Hilli, 50, his wife Iqbal al-Hilli, 47, her mother Suhaila al-Allaf, 74, who held a Swedish passport. All three were shot in the head in a "professional style" killing.[4]

The al-Hillis' two daughters (4 and 7) both survived the attack.

Again, I’m not sure of the truth of these reports, there is some very sloppy journalism, as there is always seems to be. I’ve read for example Mollier’s company Cevus descirbed as a steel firm something which it is patently not, but perhaps it may have been a detail lost in translation."[2]

French police report puzzlement that the weapon used in the shooting was a 7.65mm Lugar PO6 handgun, issued to the Swiss army and police in the 1920s and 1930s. The commercially-controlled media report that this "would appear to rule out a professional killing".[5]

A former French policeman named locally as Eric Devouassoux was arrested by French Police in 2014 for the murder.[6]

The Guardian reported on 8 July 2014 that "the wife of British Iraqi-born engineer Saad al-Hilli, who was murdered with his family in the French Alps, had a "secret" American husband who died of a heart attack on the same day as the deadly attack, it emerged on Tuesday". The former husband, known only as 'James T', reportedly died on September 5 2012 in Natchez, Mississippi. The official cause of death was a heart attack.[5][7] The man, a dentist, was identified as James Thompson by the UK Sun, which reported that the FBI were treating the case as murder.[8]