The 'War on Journalism" is a global campaign to try to suppress fact-based reporting. It addresses the declining faith in corporate media and the establishment in general. In 2018 Lij Teodrose Fikremariam termed it "an Insidious Campaign to Silence Truth and Nullify a Free Press".[1] It has being gradually ongoing for some years but for definiteness, this website dates the event to have started with the failed "fake news website" campaign of Autumn 2017. 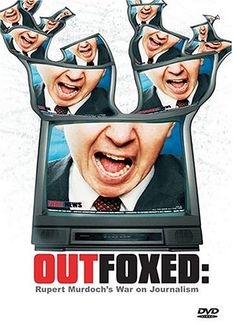 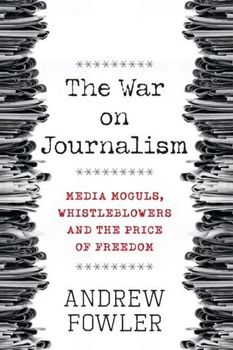 Journalism has long had an antagonistic relationship to governments bent on deceiving people. In the US, journalism has worked as a Fourth Estate to try to keep government in check — and is constitutionally privileged to allow it to function sa such.[citation needed]

In 2004 Robert Greenwald produced a film entitled Outfoxed: Rupert Murdoch's War on Journalism about media consolidation in the US. The modern "War on Journalism" more recent development in the "War on Terror". In 2015 Andrew Fowler wrote about the Snowden Affair in a book entitled The War on Journalism.

The modern "war on journalism" reflects successful use of the internet to expose the reality of the deep politics, for example 9/11 and other false flag attacks.. Edward Snowden tweeted in May 2019 that "The Department of Justice just declared war – not on Wikileaks, but on journalism itself. This is no longer about Julian Assange: This case will decide the future of media.”[2]

The failed "fake news website" campaign of Autumn 2017 was an effort to try to tackle dwindling trust in commercially-controlled media. It backfired, leading to the phrase "fake news" and further decreasing trust in big media. As a response, the concept of "hate speech" has been promoted and corporations have been increasingly ready to use it to excuse summary removal of content that they deem objectionable.

Caitlin Johnstone wrote a story in June 2019 entitled More Police Raids As War On Journalism Escalates Worldwide. She was reporting on two raids in two days by the Australian Police (on the journalist Annika Smethurst, who was exposing Australian/Mass surveillance and the Sydney headquarters of the Australian Broadcasting Corp which had information on possible war crimes committed by Australian forces in Afghanistan.[3]

The UK Police have complied with instructions from the US in the case of Julian Assange, whom the US government charged with espionage.

A War on Journalism victim on Wikispooks