Chris Bollyn has suggested that Terry Gilliam's film, Brazil', in which governments control people through use of false flag "terrorism" may be a close portrayal of the world in the 21st century. [1] 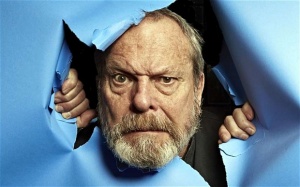