IDF Colonel Salvador Guersson Smecke (or Sal Guersson Smecke[1], Salvador Gersson[2] or maybe Salvador Gerson Sunke[3][4]) was involved in the 2001 Mexican legislative assembly attack. He was arrested along with Saar Noam Ben Zvi after pretending to be a press photographer and entering the Mexican parliament, while carrying a 9mm pistol, hand grenades and explosives.

Salvador was 34 at the time of the attack.[5] After his arrest he was taken to the San Lázaro Security Directorate.[6] He was released without charge. Pravda reported that he was "a retired Colonel of the Israeli Defense Forces and that he may now be operating as a MOSSAD agent.[7]

Salvador Guersson Smeck was released "with the official explanation that he had a legal permit to carry a gun... Mexican Congressional Press Secretary Lic. Adriana Lopez was surprised to hear from La Voz de Aztlan of the release of the two Israelis..." after "the Israeli Embassy used heavy handed measures".[8] 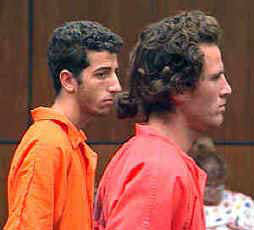