Government files on Pan Am Flight 103 that should have been made available in 2015 for public scrutiny are being withheld by the Cabinet Office, which is accused of suppressing ‘politically sensitive information’.[1]

Statement by UN Observer at the Trial

On 23 August 2003, Dr Hans Koechler, the United Nations Observer at the Lockerbie trial in the Netherlands (2000-2002), released a "Statement on the agreement between the United States, the United Kingdom and the Libyan Jamahiriya on the remaining issues relating to the fulfilment of all Security Council resolutions resulting from the bombing of Pan Am Flight 103 over Lockerbie." The Statement concluded:

"17. The chapter of the Lockerbie investigation can only be closed when the full truth will have been established and when the question will have been satisfactorily answered why only a lone individual has been sentenced in a case that relates to a terrorist crime the commission of which required a vast and sophisticated operational network (most likely involving more than one country and/or terrorist organisation) and huge financial resources. An ambiguous declaration of "state responsibility" such as the one deposited with the UN Security Council does in no way answer the urgent and legitimate question as to personal criminal responsibility of individuals other than Mr Al-Megrahi (and eventually also from other countries) for the Lockerbie crime. A political deal such as the one concluded last week between the US, UK and Libya linking individual compensation with the lifting of multilateral and subsequently unilateral sanctions does not advance the cause of justice in the present case, but is part of the politics of national interest of the countries involved in the present dispute. The intelligence cooperation established between the three countries since September 11, 2001, in the area of counter-terrorism must not come at the expense of the search for truth in the Lockerbie case. The doubts and misgivings about the Lockerbie trial in the Netherlands will only disappear when a full investigation of the crime by an independent commission will have been undertaken. Up to this moment the undersigned will maintain his doubts about the Lockerbie verdict and will consider the judgment concerning Mr Al-Megrahi – on the basis of an Indictment that was substantially modified in the course of the trial and altered by the judges as part of the Verdict – as a miscarriage of justice."[2]

On 23 September 2003 lawyers acting for Abdelbaset al-Megrahi applied to the Scottish Criminal Cases Review Commission (SCCRC) for a review of the case (both sentence and conviction), arguing that there had been a miscarriage of justice. On 1 November 2006, Megrahi was reported to have dropped his demand for the new appeal to be held at Camp Zeist.[3] In an interview with The Scotsman newspaper of 31 January 2006, retired Scottish Judge Lord MacLean – one of the three who convicted Megrahi in 2001 – said he believed the SCCRC would return the case for a further appeal against conviction:

"They can't be working for two years without producing something with which to go to the court."

MacLean added that any new appeal would indicate the flexibility of Scots law, rather than a weakness:

"It might even be the strength of the system – it is capable of looking at itself subsequently and determining a ground for appeal."

In January 2007, the SCCRC announced that it would issue its decision on Megrahi's case by the end of June 2007.[4] On 9 June 2007 rumours of a possible prisoner swap deal involving Megrahi were strenuously denied by the then Prime Minister, Tony Blair.[5] Later in June, The Observer confirmed the imminence of the SCCRC ruling and reported:

"Abdelbaset al-Megrahi never wavered in his denial of causing the Lockerbie disaster: now some Scottish legal experts say they believe him."[6]

On 28 June 2007, the day after Tony Blair was replaced as PM by Gordon Brown, the SCCRC concluded its four-year review and, having uncovered evidence that a miscarriage of justice could have occurred, the commission granted Megrahi leave to appeal against his Lockerbie bombing conviction for a second time.[7]

In a statement dated 29 June 2007 Dr Hans Köchler, international observer at the Lockerbie trial, expressed his surprise at the SCCRC's narrow focus and apparent bias towards the judicial establishment:

"In giving exoneration to the police, prosecutors and forensic staff, I think they show their lack of independence. No officials to be blamed, simply a Maltese shopkeeper."[8]

In 2005, Maltese shopkeeper Tony Gauci was exposed as an unreliable witness by the man who in 1991 indicted Megrahi, former Scottish Lord Advocate Peter Fraser. In Fraser's words, Gauci was "an apple short of a picnic." And yet the judges trusted Gauci's contradictory and confused evidence, and ignored the fact that Gauci was on a promise of a multi-million dollar reward if Al-Megrahi was convicted. Michael Meacher, MP, also alleged bribery of the chief prosecution witness with the collusion of Strathclyde police and the US Authorities, though his blog post was later removed.[9]

On 20 August 2009, Megrahi's release was authorised by the Scottish Secretary of Justice, Kenny MacAskill under a 1993 Scottish statute enabling the release from prison of anyone deemed by competent medical authority to have three months or less to live.[10] The public were lead to believe that Megrahi had only 3 months to live.

"Megrahi was first diagnosed on 23 September at Inverclyde Royal Hospital, both the FCO and the Scottish Crown office have told us; the second diagnosis was on 10 October. The two diagnoses match: he has prostate cancer that has spread to his bones, the cancer has advanced rapidly, and it is inoperable and incurable. Megrahi could have as long as five years to live, but the average life expectancy of someone of his age with his condition is eighteen months to two years".[11]

"The case of convicted Pan Am 103 bomber Abdelbaset al-Megrahi is arguably the regime’s most sensitive political subject, in part because it involves a firm timeline in the form of the ailing al-Megrahi’s approaching death. Through remarks by senior officials suggesting that al-Megrahi is innocent and a steady diet of publicity about his case, the regime has limited its room for political maneuver. U.K. Embassy interlocutors here are planning for a scenario in which the U.K.-Libya Prisoner Transfer Agreement is ratified in early March and the GOL makes application shortly thereafter for al-Megrahi’s transfer to Libya. The U.K. Embassy expects a sharply negative GOL reaction if al-Megrahi dies in prison or if the Scottish Executive and/or FCO oppose his transfer".[12]

Another cable stated that the UK feared action by Libya against British interests if Megrahi died in jail.[13]

Channel 4 news presenter, Jon Snow, wrote that the report of the Scottish Criminal Cases Review Commission "states that after the trial Tony Gauci was paid $2 million, and that brother Paul got $1 million reward money. If true, these would be completely dynamite revelations. Of course, they would have come out in the appeal that Megrahi’s release prevented happening. It is inconceivable that this Scottish Review Commission’s report would not have surfaced at such an appeal. Does this perhaps explain why he was eventually bundled so speedily out of the country?"[14]

In fact, Megrahi died in 20 May 2012, almost three years after his release was authorised.[15] 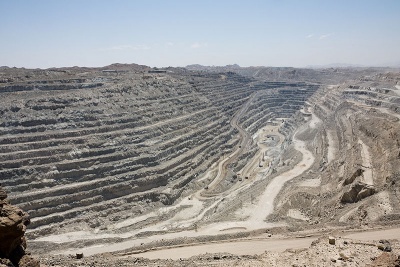 Yellowcake Road starts at the Rössing Uranium Mine

Under the headline "Lockerbie disaster kept Rössing in business", the Namibian Sun newspaper put the spotlight on Bernt Carlsson's targeting in the Lockerbie bombing:

The bombing of Pan Am Flight 103 over Lockerbie in Scotland on December 21, 1988 had helped to keep Namibia’s Rössing Uranium Mine in business, after a lead investigator into allegations of the illegal exportation of uranium from the then South-West Africa (SWA) perished in the deadly attack.
Bernt Carlsson, the United Nations (UN) Assistant Secretary-General and UN Commissioner for Namibia at the time, was the highest-profile victim of that bombing, according to a report released this week. The report, compiled by former British diplomat Patrick Haseldine, suggests that Carlsson was the main target of the bombing - in order to end his high-profile investigation into allegations that there was a secret contract and operations arranged by British-based Rio Tinto Zinc Corp to import into Britain uranium (yellowcake) from Rössing in Namibia.
The dubious extraction of Namibian uranium allegedly happened between 1976 and 1989, which was against a UN decree of 1974 prohibiting the extraction and distribution of any natural resource from the Namibian territory without the explicit permission of the United Nations Council for Namibia (UNCN). The decree - known as Decree No.1 - also provided for the seizure of any illegally exported material, and warned that violators could be held liable for damages.
"Projected to be Namibia’s largest mining operation, Rössing became the primary target of Decree No. 1," Haseldine’s report reads. "However, many Western governments (including the US and Britain) refused to accept Decree No. 1 as binding, with lawyers and government officials disputing whether the decree was juridically sound, whether and how it might apply, and which courts might enforce its application."
The report states that Decree No. 1 sparked a lengthy international struggle over the legitimacy of the Rössing Uranium Mine: "The UNCN sent out numerous delegations to convince governments to suspend their dealings with Namibia."
In 1981, the report further states, SWAPO (which was the liberation movement at the time) helped organise a seminar for West European trade unions as well as presentations on living and working conditions at Rössing and on the mine’s paramilitary security forces, which appealed to the loyalties of the International Socialist movement, where Bernt Carlsson was Secretary-General.
"The seminar detailed the secret movements of Rössing uranium through European planes, ships, docks, and roads, noting that European transport workers had unknowingly handled barrels of radioactive substances," it reads.
In May 1985, the UNCN began legal action against URENCO - the joint Dutch/British/West German uranium enrichment company, with plants in Capenhurst (Cheshire, England), Almelo (Netherlands) and Gronau (West Germany). URENCO had been importing uranium ore from Rössing and as a result, it was charged with breaching Decree No. 1.
"When the case finally reached court in July 1986, the Dutch government took URENCO’s line, claiming not to have known where the uranium had been mined," Haseldine reports. Helmut Angula, SWAPO’s UN representative at the time, even suggested that other companies, such as Shell, De Beers (Consolidated Diamond Mines), Newmont, and Rio Tinto were also likely to face prosecution for breaching the UNCN Decree.
The British were so fond of Rössing that Prime Minister Margaret Thatcher visited the Rössing Uranium Mine in 1989, accompanied by David Cameron, then a youthful Conservative Central Office researcher. Cameron is current British prime minister. 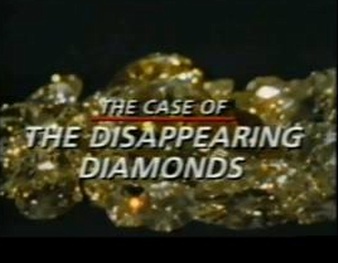 Bernt Carlsson became an enemy of many in the West when he spoke about possible prosecutions of those violating the decree – the remarks he made in a World In Action TV documentary "The Case of the Disappearing Diamonds" which was broadcast by Thames Television in September 1987: "The United Nations this year in July started legal action against one such company - the Dutch company URENCO which imports uranium," he said in the TV piece. "All the companies which are carrying out activities in Namibia which have not been authorised by the United Nations are being studied at present." :On December 22, 1988 apartheid South Africa and other negotiating parties signed an independence accord: "It was on his way to the signing of the agreement at UN headquarters in New York, that UN Commissioner for Namibia Bernt Carlsson became the highest profile victim of the Pan Am Flight 103 crash at Lockerbie on 21st December 1988," Haseldine’s report reads.
Haseldine, a former British diplomat who was dismissed by the then Foreign Secretary, John Major, in August 1989 and often referred to as the "Emeritus Professor of Lockerbie Studies", has called for support of a UN inquiry into the deaths of Bernt Carlsson and former UN Secretary-General Dag Hammarskjöld. In September 1961, a plane carrying Hammarskjöld crashed near Ndola airport in the British protectorate of Northern Rhodesia (now Zambia).